On December 20th, after months of heated debate, the 2018 Farm Bill was signed into law. Though it’s by no means perfect, the bill’s passage brings some much needed relief to farmers and ranchers across the country dealing with trade wars, low market prices, and the added pressures of a changing climate.

NYFC members increasingly report challenges to their farm operations due to climate change: the West has seen intense drought and water scarcity which threatens farmers’ ability to irrigate their crops or to have adequate soil moisture for dryland farming; the East Coast had major crop losses this year due to intense rain and flooding; and of course, hurricanes in the South decimated many crop and livestock operations.

These impacts to agriculture come as no surprise to the many scientists studying climate patterns in the U.S. and abroad. Last month, on the heels of the IPCC’s Special Report on Climate, the United States Global Change Research Program released the Fourth National Climate Assessment, a 1,656-page document exploring the latest in climate science and projected climate impacts across the U.S. economy through the end of this century. Amplified by new policy proposals, such as new climate provisions in the just finalized farm bill, Alexandria Ocasio-Cortez and Bernie Sanders’ New Green Deal agenda, and Sens. Jeff Flake and Chris Coons’ proposed revenue-neutral carbon tax bill, momentum around fighting climate change is  (finally) building in the U.S., and farming and food systems offer some pivotal solutions.

Climate wins in the 2018 Farm Bill

The 2018 Farm Bill provides some new resources to help farmers and ranchers adapt to climate change, be it through small tweaks or major transformations. With the farm bill now signed into law, conservation programs have a new focus on building on-farm resilience to a changing climate and improving carbon sequestration in agricultural soils.

In addition to this new focus, Congress has added a new Soil Health Demonstration Trial Program, which will direct grant funding to partners that are developing innovative ways to build and measure soil carbon, along with other soil health metrics. Last but not least, the bill directs USDA to conduct a study on the impact of on-farm conservation practices on soil health, including economic benefits. Although conservation funds are still limited, this is a first step in a long road to building climate resilience on our nation’s farms and ranchland. 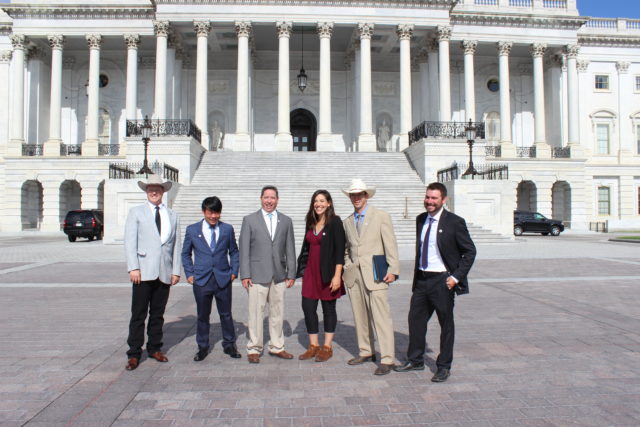 In June, seven young farmers and ranchers join NYFC staff in D.C. to advocate for climate change resilience in farm bill conservation programs, including the soil health provision. They met with their Members of Congress and asked them to ensure that young farmers have access to key conservation programs to help them adapt and mitigate drought conditions in the Colorado River Basin.

On top of the inclusion of the climate provision, Congress also responded by fixing the advance payment option within EQIP for beginning, socially disadvantaged, and limited resource producers. These farmers and ranchers are eligible to get 50 percent of their EQIP payments up front, before installing the practice (funds are typically reimbursed after a practice is installed). Most eligible producers, however, weren’t taking advantage of this, simply because they weren’t aware. Now, USDA is required to notify all eligible producers before they sign their EQIP contract.

In another victory for the West, USDA can now work with new partners like acequias and irrigation districts on drought mitigation. Farmers and ranchers have been working hard to improve their irrigation efficiency for years. Now, USDA funds can be used upstream from the farm to improve agriculture water efficiency, and to help mitigate worsening and ongoing droughts in the Southwest.

In November, the U.S. Global Change Research Program (USGCRP) released the 2018 U.S. Climate Assessment. The report, mandated by Congress and conducted by 13 federal agencies, is broken down into 12 national-level issues of concern, including water, land cover and land-use change, and agriculture and rural communities. Many sectors overlap, and impact the future of agriculture in both direct and indirect ways.

Major projected impacts on U.S. agriculture and rural communities include:

Just weeks before the release of the U.S. Climate Assessment, the Intergovernmental Panel on Climate Change (IPCC) released its own comprehensive report on the devastating potential impacts of climate change on the global community. Lindsey Lusher Shute, NYFC’s co-founder and executive director, spoke with Mark Howden, the director of the Climate Change Institute at the Australian National University (ANU) and Vice Chair of the IPCC, about the report’s implications for agriculture.

The report compared two global average temperature targets: 1.5 degrees Celsius and 2 degrees Celsius, the target set by the Paris Agreement. The global average temperature has already risen one degree above pre-industrial levels. In other words, we need to take massive action on reducing our global emissions, and we need to do so now, if we are going to avoid catastrophic impacts.

Means for adapting to the changing climate will be specific to region, as well as value system and farmer preference. Precision irrigation technologies, increasing publicly funded agricultural weather networks, improving soil health through increasing organic inputs and reducing tillage, and adjusting planting schedules are only a few of the many techniques recommended for practicing climate-smart agriculture.

According to Howden, the three primary ways that farmers can reduce emissions are:

Farmers can adapt to a changing climate through incremental changes, or tweaks to their existing systems, such as reducing tillage to increase soil moisture and increasing soil carbon storage. Or a farm may choose to make “transformational changes,” major changes to farm operations, such as changing crops, or making infrastructure enhancements like installing solar panels or wind towers. Howden says, “if you’re not taking change on board, you’re probably foregoing profits and incurring unnecessary risk.”

Listen to more of Lindsey’s interview with Dr. Howden here. 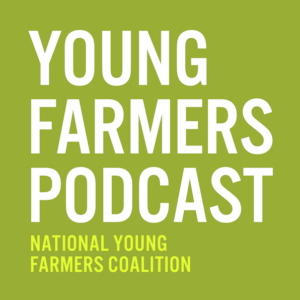