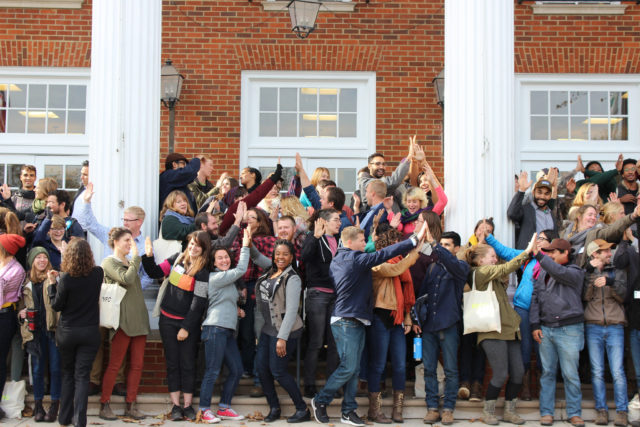 WARNING: This blog post is long. Why, you ask? Because the 2018 Farm Bill contains so many wins that our movement has spent years fighting for, and we just have to tell you about all of them.

Just before 10pm on December 10th, Congressional leadership released the final version of the 2018 Farm Bill. That bill passed the Senate on an 87-13 vote the very next day. Today, it’s expected to pass the House and go on to the President’s desk.

After months of tense negotiations between House and Senate leaders, and the expiration of the 2014 Farm Bill (and a number of small programs along with it) on September 30th, the final version: rejects House Republicans’ attempts to impose strict work requirements on SNAP recipients; rejects the House proposal to eliminate the USDA’s largest working lands initiative—the Conservation Stewardship Program (CSP); rejects House attempts to eliminate Value-Added Producer Grants (VAPG), organic cost-share, and local food promotion programs; and it rejects highly contested and controversial amendments to erode environmental protections and undermine state and local laws.

What the bill does invest in is young farmers and ranchers. The voices of our network of farmers and supporters, fighting together for a bright and just future for agriculture, were heard.

The bill directly addresses the Young Farmer Agenda that we built together, including:

These wins are the result of years of organizing: farmer surveys, listening sessions, text and email actions, testimony in front of Congress, hundreds of face-to-face meetings between farmers and their elected officials, and a series of stand-alone marker bills introduced. When over 120 young farmers went to Capitol Hill just last month for NYFC’s Leadership Convergence Lobby Day, these are the policies and programs they were fighting for.

And those are just the top highlights! Without further ado, read on for the NYFC policy team’s full analysis of what’s in the final 2018 Farm Bill for young farmers and ranchers!

It’s hard to overstate how important this is for our movement. We will no longer have to fight every farm bill cycle just to save and merely continue these programs, and no longer will the lights go off when Congress misses a deadline.

MAJOR ADVANCES IN THE FIGHT FOR AFFORDABLE FARMLAND

Land access is the top barrier young farmers and ranchers face, and solving this challenge is at the very core of NYFC’s work. Farmers have made it clear–without farmland, there is no future with farmers–and Congress listened: the 2018 Farm Bill makes major investments in land access for the next generation of farmers.

Access to land is an incredibly complex issue. To begin to tackle it, we break it down into three key components: making sure that farmland is available, that all farmers can access it, and that it is affordable on a farming income. This farm bill contains major wins for farmers in all three of these areas. It increases funding for farmland protection; it increases the Farm Service Agency’s lending capacity for farm ownership and flexibility to lend to beginning farmers; and it tweaks the farmland easement program in a way that will help farmers gain access to more affordable farmland.

What does this look like in the legislation itself? The 2018 Farm Bill will:

CHANGES TO CONSERVATION PROGRAMS TO REFLECT A CHANGING CLIMATE

There are still major obstacles ahead of us: soaring land prices; student loan debt; increasing drought and climate volatility; and roughly two-thirds of American farmland poised to change hands over the next two decades. The campaign we’ve built together must tackle these issues next.

If you haven’t already, there has never been a better time to join this movement by becoming a member of the National Young Farmers Coalition.