Deprecated: Unparenthesized `a ? b : c ?: d` is deprecated. Use either `(a ? b : c) ?: d` or `a ? b : (c ?: d)` in /home/658693.cloudwaysapps.com/xtgjywshez/public_html/wp-content/plugins/the-seo-framework-extension-manager/inc/traits/core/error.trait.php on line 114
 National Young Farmers Coalition | Heart and Grain: Meet John and Halee

In late January, a surprise calf was born on our farm. Out of context, this may seem like a happy accident, even a bonus. However, it was still mid-winter in Wisconsin, and we were unprepared. Calving is a regular event in a beef herd, and we had been looking forward to our first calving, but we weren’t expecting any births until late April, when the weather would be warmer and the cows would all be on good green grass.

We started our herd with 22 heifers—Galloway and Shorthorn—and one yearling Shorthorn bull named Chief. This tiny, black Galloway bull calf is not Chief’s son. Cattle have the same approximate gestation as humans, and we turned Chief out with these heifers on July 20th. A quick calculation reveals that this calf was conceived early last spring, likely last April, before we even bought his mother. Despite the cold and snow, the calf is still with us, and we’re inspired by his resilience. 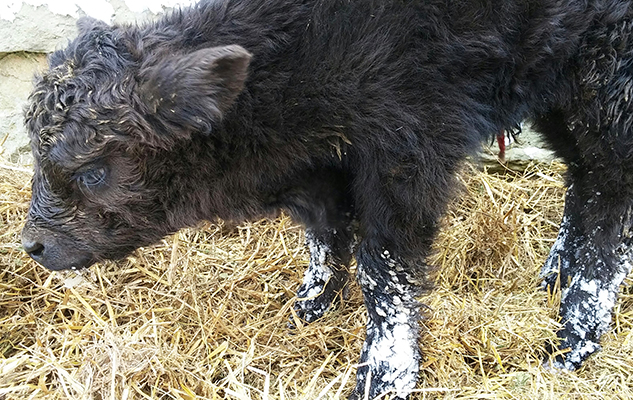 Farming continually reminds us that we are not in control. The weather, illness, injuries, weeds—they all tend to strike on days when we’re already feeling underwater, when we have a pile of other things to get done. Those are the days that you look out the window at the freshly fallen snow and see four little legs and a swinging tail poking out from behind a lone cow, off by herself under a wild apple tree.

Throughout my life, the stuff of farming—the productive creativity, the toil, the animals, the ripening wind-swept grain, the profound quiet, the open expanses of fresh snow, even the smells—always appealed to me. There was always a part of me that wanted to return to farming, but I spent my twenties indulging in more consumptive and urbane pursuits. It was a wonderful time in my life, and in many ways it feels now like I was on a circular path. In the span of a decade, I was a student, a bartender, a barista, an urban planner, a cook, and a baker. 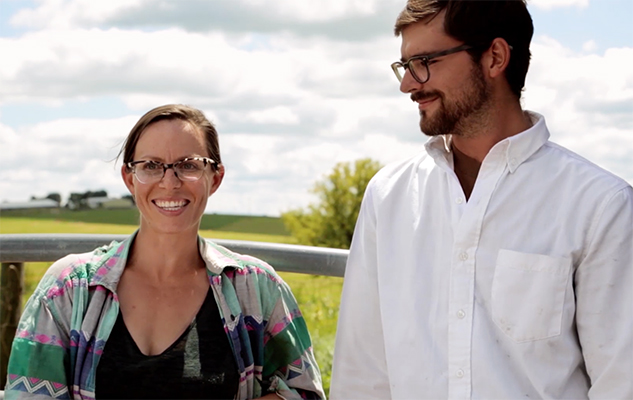 Three years ago, Halee (my then girlfriend and now wife) and I were living in Brooklyn, and getting ready to leave our jobs cooking in restaurants. We loaded all of our belongings and our cat, Harvey, in a U-Haul truck and drove through the city, over the George Washington Bridge, and west to Wisconsin. Within the span of days, we went from sharing a three-bedroom apartment with two roommates on a run-down block, to living in a house in my hometown.

I grew up on and around farms in the Driftless Area of southwest Wisconsin, and my family still owns a 200-acre farm just east of my hometown of Lancaster. Though our family raised a small herd of beef cattle, the majority of farmers around us were part of large cash-crop operations or confinement dairies that, through rental and purchase, had checkerboarded most of the county into large monoculture fields.

After moving to Wisconsin from New York City, the best decision we made was to walk away from my family’s farm. After a year and a half, we were fed up with the glacial pace of discussions about the future of the farm, and we weren’t interested in waiting for an opportunity that may never arrive. It was quite painful at the time, but we found that it was more important to be farming in general than it was to be farming a particular patch of dirt. 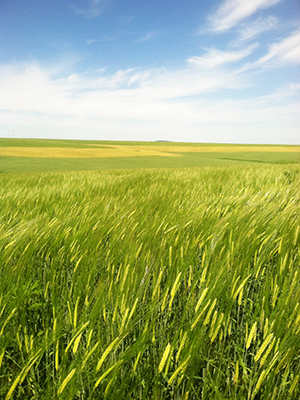 So, we took a job working for Paul Bickford, a lifelong farmer 45 miles to the east who we met on Craigslist, of all places. Paul sold his dairy cows some years ago and converted his approximately 900-acre operation into an organic crop farm. Instantly, we were farmers, making a modest wage, and working on a scale that before then was unimaginable. When we pictured ourselves farming, we thought of my family’s 200 acres, not 750 acres of tillage and a lot of potential grazing land. But as we’ve adjusted to the scale, working on a large organic farm has become less terrifying and more thrilling. You can better access markets growing on this scale, and from a conservation perspective, you can have a real impact on your watershed and your community by farming that land responsibly. Plus you can be a model for other farmers who may want to transition to an organic system. The debt we’re looking forward to is staggering, but the potential easily exceeds the liability.

We grow organic corn and soybeans for feed, small grains like barley and oats as a nurse crop to establish our alfalfa, and we make a lot of hay. Since Halee and I have come on, we’ve begun to grow food-grade milling grains (wheat, spelt, and flint corn), and have reintroduced livestock to the farm with our fledgling grass-fed beef herd.

For now, we don’t own the land we work, but we also don’t carry much debt. We got an FSA loan to purchase our cattle, but the equipment and buildings we use are all Paul’s. We make a good team. Paul’s hope is that we will be able to buy his farm from him some day. He’s 63 and has a number of farming years left, so for now we’re happy to be working for a mentor who has such a wealth of experience and is eager to share all that he has learned throughout his career. He’s counting on us to buy his farm, and we’re counting on him to sell it to us. And until we figure out the transition process, we’re happy to work and to learn as much as we can.