Our day started this morning at 4:30, when we met the crew to move sheep. The sheep are born in the bottomlands near Montrose, a brushy landscape that’s the gateway to the Utah desert. Around mid-May we moved them up to the irrigated fields on a nearby mesa. Today we moved them further up to a leased parcel in a scrubby, mid-elevation forest. We’ll do one final move in July, to an even higher elevation forest service permit on the far side of Telluride, CO. We’re learning that the sheep actually do much better on the mountain flora. They prefer the brushy alpine plants to the grassy pastures, and it will also help to improve the quality of the meat.

Heading into the high country is always fun. Not only is it cooler and full of life, there is often an abundance of water.
In Colorado and much of the arid west, we do something called “irrigating” which is the practice of diverting water from rivers or aquifers onto crops. 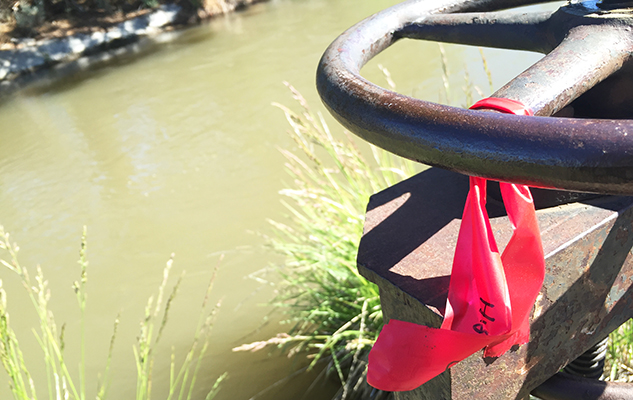 Ok, so you’re not dumb, you know what irrigation is, but it is still a surprise to a lot of people that we straight-up don’t get enough precipitation to grow most crops, so we are reliant on the water that comes out of the mountains from melting snow. So bringing sheep into the high country is a chance to get into the headwaters of all our rivers and streams and ultimately the birthplace of the Colorado River!

The ranch where Stacia works diverts water out of the Uncompahgre River via a big canal. The orchard is also fed by a big canal that comes out of Paonia Reservoir, which is fed by the North Fork of the Gunnison River. Though it may sound dull, these details have soooo much to do with being a successful farmer out here. Irrigation infrastructure and delivery, the details of the watershed, and the actual year that the diversion right was first filed are some of the most important things that a person can know about their farm or ranch. 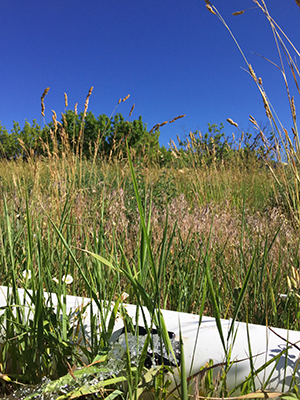 At our orchard we divert directly out of the Fire Mountain Canal, which is managed by a ditch company cooperatively owned by all the water users. When water “turns on” in the spring (which is one of my favorite days of the year) a representative from the ditch company, called the ditch rider, will leave us a little note at our point of diversion that lets us know how much water we can take out of the canal. From there, it’s up to us to get it to the trees!

When I first started, we had a beautiful (but totally inefficient) network of hand-dug ditches that delivered water across the orchard. Stones, dirt, shovels, tarps, and metal fragments were used to get the water to flow where I wanted it. It could take hours to get the right amount of water kind of close to where I needed it to go. So lots of muddy fun, but also frustrating, especially when a freeze later took out the whole crop, which meant I wasn’t compensated for the hours spent playing caveman hydro-engineer.

Now we use gated-pipe (a 6-inch pipe with intermittent cut-outs that can be calibrated with little sliding doors called gates). This system is still relatively inefficient, though it works really well for us.

Frank, my mentor and partner, uses micro-sprinklers at each tree. This is definitely the trend among orchardists, but expense and a slew of other issues keeps our farm from upgrading. Besides, I’d hate to lose the feeling I get every spring when I first see water rushing out of the pipes and down between blossoming processions of trees.