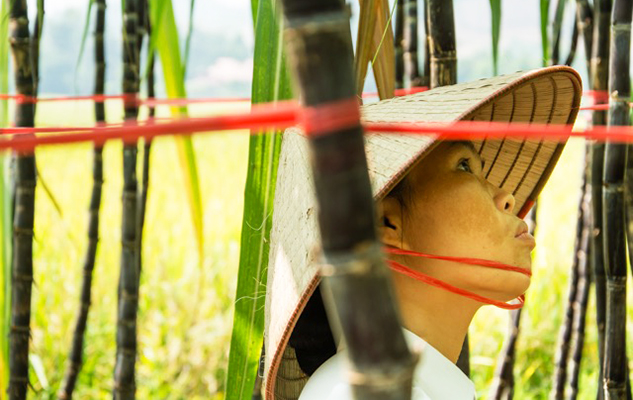 Many people think you have to plant your feet firmly in one location to sew roots. For some folks, however, the exact opposite is true. Last year, Joneve Murphy embarked on a 10-month journey that snaked 29,000 miles across the globe through 13 countries.

“The idea for this project started a long time ago,” says Murphy, who grew up living abroad and traveling with her family from a young age. “My career in agriculture left me with time to gallivant in the off season, and at first I would just go backpacking for a month or two each year.”

Murphy has an impressive resume as an organic farmer, with 10 years of experience under her belt including a prestigious gig as the farmer-in-residence at Virginia’s The Inn at Little Washington

Soon, the idea for her yearlong agricultural safari was born. Murphy left her post at the Inn at Little Washington and set sail.

The carefully planned route allowed her to meet over 145 food producers around the world, whom she photographed and blogged about for her recent project, Farmer Seeking Roots.

13 countries, 145 producers
The journey began in Europe with jaunts through Ireland, England, France, and The Netherlands. It brought meetings with farms large and small, cooperatives, incubator programs, and all sorts of production methods old and new. There were farmers raising meat, poultry, dairy, and vegetables, along with less standard fare like oysters and snails.

The next leg of the journey took Murphy to Southeast Asia, bringing her face-to-face with Ethnic tribal groups, large growers, NGOs, subsistence farmers, and universities. There were farms nestled in the mountains, next to oceans, and on top of shopping malls.

She developed a number of goals for the trip, like collecting information about traditional farming methods and focusing her time on smaller farms while also connecting with each county’s agricultural leaders. She also offered consulting services along the way.

“The generosity and openness of the people that I’ve met has been the largest. It’s not really that the generosity exists, but the fact that it seems to be ubiquitous amongst the farmers I’ve visited,” Murphy explains. To her, the warm welcome felt throughout the journey is no coincidence; it’s part and parcel of the farming industry.

There were a few surprises along the way. She discovered strong support for the organic industry and the sustainable food movement. “Overall, it is evident that it is a consumer-driven movement; if you demand it, the farmers will produce it, whether they believe in the cause or not.”

She also recognized that the farmers harbored a deep sense of love and pride for their land. But while some felt optimism toward the future and spoke fondly about the next growing season, others harbored fear stemming from weather events and the desperate need for a successful harvest. 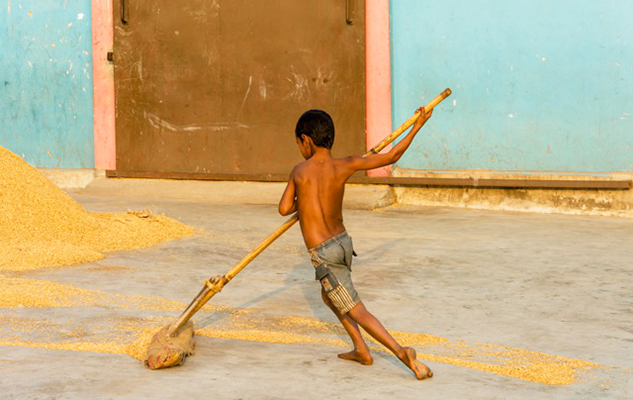 Farmers by choice
In every country she visited, Murphy also found young farmers.

“Not all of them are farmers by personal choice. Many farmers are farmers because their parents were, and with no access to any type of higher education, they really have very few other options,” she says. In Bangladesh, for example, 60 percent of the population is involved in food production. Many of the young farmers continued in the industry out of a sense of responsibility to maintain the farm for the next generation. Many of them donned this fate ungrudgingly, says Murphy.

“We have to remember that in this country and many others, we have the privilege of choosing our careers,” she says. “That is not yet a global truth.”

She found many “farmers by choice” in Europe, Singapore, and Thailand, many of them becoming the first in their families to enter the agriculture industry. Murphy didn’t come from a farming background either, and focused on environmental biology during college. Familiar with her fondness for food activism, a friend suggested she find a farm apprenticeship. “I found my first position as an apprentice on an organic farm, and within three weeks I was hooked.” 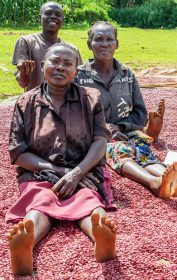 When she first made her transition into agriculture, many people responded to her decision with shock. How could someone with a college degree choose a career in agriculture—a career some saw as below her capabilities and a fettering of her potential. Despite the naysayers, Murphy thinks farming is becoming a more acceptable and common career choice regardless of someone’s background and education.

“Young people need to see agriculture as a respectable profession, and that need continues to rise. Without them the last generation has no one with which to share their wisdom, and that stock of knowledge is lost,” says Murphy. “In this country we seem to have found a new respect for the profession, but in others, farmers are still seen as uneducated and simple people. When this attitude prevails, the migration of young people to the city marches on.”

In the U.S., public perception of farmers and the business of growing food is changing, hollowing out the old stereotypes about farmers being gray-haired men in overalls.

Never stop learning from other farmers
Murphy recognizes the challenges that young farmers face, particularly when it comes to finances. “I think student loan forgiveness would go a long way in counter-acting the currently low salaries found in agriculture,” she says. “We need to make agriculture a financially viable profession for young people and young families.” She’d also like to see more efforts to connect young farmers with land and more public funding for food hubs and beginning farmer incubator programs.

For those aspiring to follow in Murphy’s footsteps, she has a bit of advice. Work on many farms and learn from as many farmers as possible before striking out on your own, she says. And keep visiting other farms throughout your career, regardless of how experienced you become.

“This exchange of knowledge is so important and can be invigorating. I find that I walk away from these visits brimming with ideas of how to adapt their practices to my own work. There is so much we can learn from one another and it’s easy to become stagnant in the way that we do things on the farm.”

In her travels, Murphy found a lot of commonality among young farmers.

“Many of them are activists and big thinkers, passionate and seemingly infallible in their beliefs,” she says. “The integrity and sense of purpose found in this type of thinking is both infectious and inspiring.”