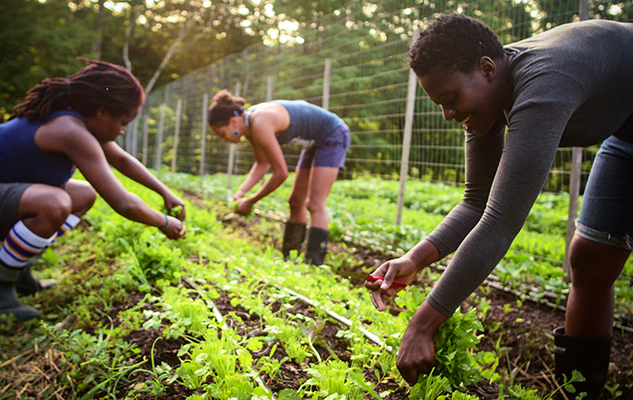 On April 10, a group of farmers will take the stage at BAM in Brooklyn. Or rather, well-known actors will portray real farmers from the Hudson Valley, a circumstance even more improbable in the life of most farmers, who don’t usually experience fame beyond their own farmers market tables.

The production, called GOOD DIRT, was created by Mary Stuart Masterson (At Close Range,Fried Green Tomatoes) and Jeremy Davidson (Tickling Leo, The Americans). They’re also the founders of Storyhorse Documentary Theater, which they started so they would have a platform to tell the stories of their neighbors in the Hudson Valley and elevate ideas and voices that are often marginalized.

For GOOD DIRT they interviewed farmers from Soul Fire Farm, Green Goats Farm, Northwind Farm, Tello’s Green Farm, Denison Family Farm and Hudson Valley Seed Library. The April 10 premiere is a benefit for the National Young Farmers Coalition, and all tickets include admission to an afterparty at BAM where guests can meet some of the farmers and their actor counterparts.