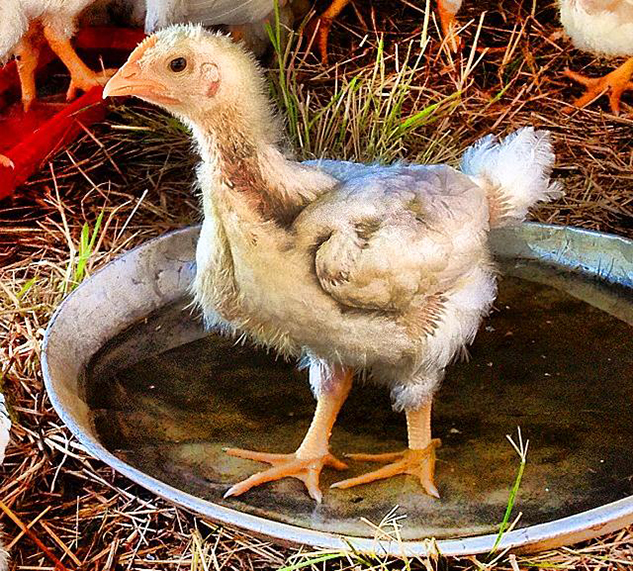 As far back as I can remember, one of the only places I felt peace as a hyperactive kid was on my grandparent’s property. Their land was located in a small town west of San Antonio, Texas. The town was small enough that my cousins, brother, and I could walk unescorted to various shops to browse their candy selections. We had so much freedom when we were there. Freedom from school, television, and parents! My impatient brain was able to focus and remain calm.

I knew pretty early in my life that when I became an adult I had to have a place just like my grandparents had. There we learned to fish the creek, catch grasshoppers for bait, shoot guns, absorb millions of mosquito bites without complaining, wrangle a rouge male goose, build fires … what more could kids ask for? My family loves to tell stories about us kids trying to ride goats rodeo-style and walk chickens on a leash. “Nature Boy” was one of the names my uncles gave me that I actually liked. Nature was where I wanted to be, and that hasn’t changed.

My mom’s side of the family wasn’t my only connection to nature. My brother and I never knew my dad’s father, but the older we got the more questions we had for our dad about his family. He told us stories about the farming life he left when he came to live in the States. My grandfather was a well-known, self-made farmer in his time. He had a large orchard near the Caspian Sea comprised of more than 20 hectares that are still in production; citrus rows as far as the eye could see. The thought of being able to grow my own fruit has stayed with me. 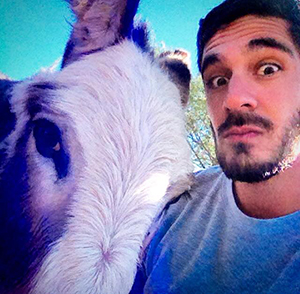 I was a kid who didn’t know what I wanted to do for the longest time. In high school, I got really into psychology and decided to purse that degree in college. I graduated with my bachelors in psychology, but that path began to lose its luster. I hit a crossroads, not really knowing what I wanted to do. Getting back to my roots on the land and owning property still resonated in my heart.

My parents were both teachers, so I decided to give it a try. I began working with students who had behavioral and cognitive disabilities. People drop like flies in that field, so I saw it as a challenge. I loved the kids. The first couple of years I enjoyed my job, but the stress of a broken educational system, broken families, and the emptiness of not being appreciated wore me down.

I owe a lot to that job and the school I worked at. I met my wife there, discovered how patient I could be, and was gifted my first chickens. A parent donated eggs to hatch for the kids. I asked if I could have a few chicks. All of a sudden, we had babies to take care of, and there began the spark of my farming flame. Raising little chicks turned into growing tomatoes and then into buying fruit trees. When most folks discover the farming bug, it’s hard for them to contain their excitement. You begin learning about all the opportunities that are out there to grow your own food. Plus tasting the very first cherry tomato you grew all by yourself is enough to start a passion. At about the same time, my wife and I watched a documentary that helped change my life and gave me the direction the universe had planned for me.

As cheesy and cliché as it sounds, the film “Food Inc.” inspired a radical change in my human spirit. Once you learn about the revolting and manipulating American food system, it’s easy to make the switch to live a better, healthier lifestyle. A particular scene in the film shows a farmer, Joel Salatin, walking among his pigs. They were happy and healthy, and so was the farmer. At that moment I was hit with the thought that farming could be an attainable profession that was everything I wanted: having land, animals, and being in nature.

Joel Salatin has written many books including one that discusses valuable points for new farmers. He advises people to not begin with a large amount of debt. Before quitting my job, I began shedding my debt. I sold my beautiful truck that I loved, paid down all my student loans, and began saving money like a mad man. I didn’t want to quit my teaching job without some sort of cushion to get me through the initial phase of starting my farm.

To start a farm without any debt is near impossible, but to not burden your new venture with its weight creates a solid foundation.

This post is part of our Bootstrap Blog series, which follows four young farmers in their first or second year of running a farm. To read all the posts in this series, including past years, click here.