Earlier this month, Congress reached a major milestone in its annual appropriations process, which funds the federal government. Both the relevant committees in the House and the Senate passed funding bills for the Department of Agriculture. These bills set spending levels for conservation programs and farm loans and include “policy riders” that alter Farm Bill programs.

Each year, Congress must pass spending bills that fund the federal government. The government works on a fiscal calendar that begins on Oct 1st. This means Congress needs to pass new legislation before Sept 30th or face a government shutdown.

Congress divides government operations in 12 substantive areas—such as agriculture; interior and the environment; and defense—and writes one bill for each area. In both the House and the Senate, the agriculture bill is written by a small group of legislators who sit on the Agriculture Appropriations Subcommittee. These are often different legislators than those who wrote the Farm Bill.

Once the subcommittee writes the bill, it is considered by the full Appropriations Committee. So far this year, both the full Committees in the House and the Senate have approved their respective bills. Next, the bills should be up for a vote before the full House and Senate. Once amended and approved, the bills will be “conferenced” between the two chambers, and once a joint bill is approved it will go to the President for his signature.

What’s in and what’s out
While this year’s spending bills are by no means final, the Committee drafts provide a pretty clear picture of where things are headed. Overall, funding is down compared to last year. This was expected in a Republican-controlled Congress; however, it has made it harder to secure funding for new programs and initiatives.

There are a few bright spots in the bills: 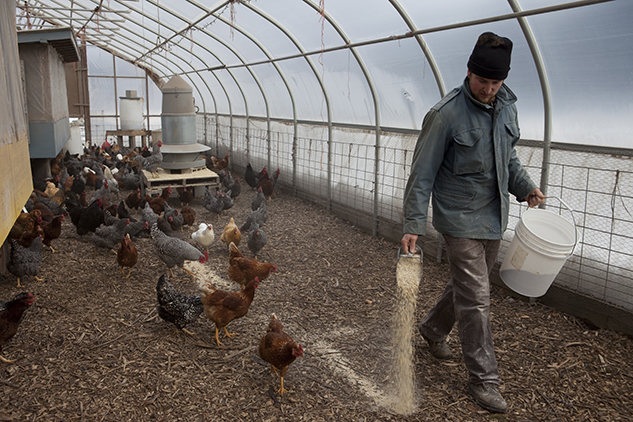 Finally, the House Appropriations Committee criticized USDA’s management of beginning farmer programs specifically and announced they would withhold additional funding until their concerns are addressed. While USDA is not doing enough to meet the needs of beginning farmers, withholding funding is not the best way to solve this. This language from the House sets a dangerous precedent and jeopardizes much of the work NYFC and others have been doing with USDA.

Up Next
It remains to be seen whether Congress will be able to finish the appropriations process before the end of September. Unfortunately, in Congress even a small road bump can have long-term effects on a bill.

With time running out, it is very unlikely that Congress will pass individual subject-specific bills. They may opt to pass an “omnibus” bill, which would use the current funding language but group all of the individual spending bills together for a single vote,. If Congress cannot get agreement on a single bill, they may use a continuing resolution, essentially an agreement to continue spending at the same levels as 2015. While a continuing resolution would still fully fund ACEP and farm loan programs, it would also mean the continuation of the GIPSA Rider for another year.