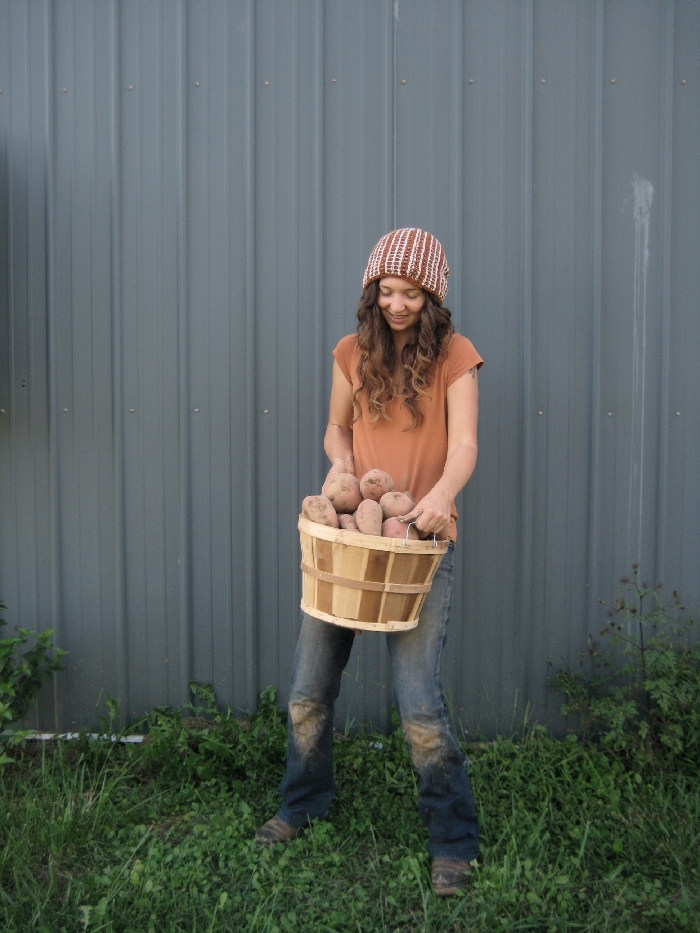 Jesse Frost and Hannah Crabtree met as farm interns on Bugtussle Farm, a biodynamic family farm located in Gamaliel, Kentucky.  Like many young farmers immersed in the modern farming movement, neither come from an agricultural background, nor have they inherited family land on which to cultivate their dreams.  Theirs is a story echoed across the country as individuals question the practices of industrial agriculture and develop an interest in keeping local food local; feeding a community that, in turn, supports the farm.

Jesse and Hannah never expected they would be farmers.  Both set out on paths that led them from their home state of Kentucky into two of America’s largest cities, New York City and Chicago.  Hannah’s interest in farming developed while working with the Chicago Honey Co-op since, as she says, “You can’t learn a little about bees without being fascinated” with both bees and their role in food production.

Jesse’s work in New York sent him to small French vineyards and it was there, standing among the vines with small-production vintners, he understood the feasibility of food and wine production on a small scale.  In fact, the soil where he stood in France had a composition similar to that of his home state.  Both felt a tug back towards home, towards Kentucky.  They searched for biodynamic farm internships and landed at Bugtussle Farm, where they met for the first time. 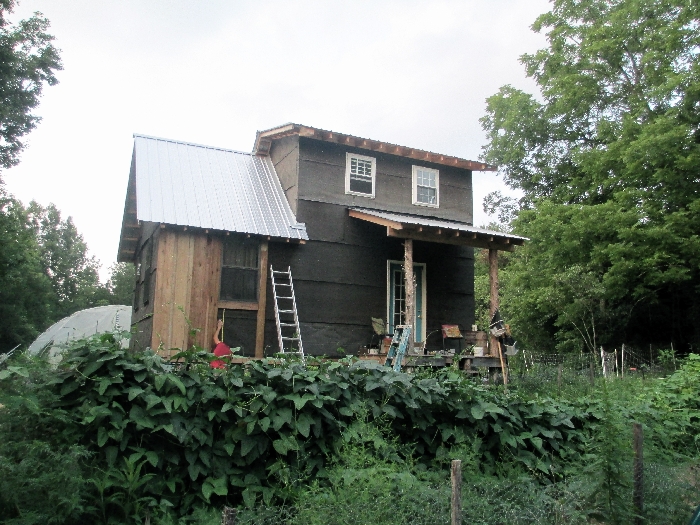 After one year together on the farm (and after falling in love) they married and decided to find their own parcel of land, a plot that needed taming but fertile enough to support the dream of a small homestead: plenty for themselves and some for the community.  It was a dream rooted in Wendell Berry’s philosophy of small-scale agriculture and the same biodynamic farming model of their Bugtussle Farm mentors. Property searches revealed the financial reality of land purchases, hefty down payments and lengthy loan terms with no immediate farm profit available.  Eventually they were offered property through a family member whose own land had gone fallow.  They were encouraged to begin work on the land and focused on bringing the soil back to life, hoping to offer an inaugural spring CSA crop. But after months of work, the opportunity fell apart, and the reality of an immediate first crop and life on the farm diminished.

Jesse and Hannah quickly connected with another family member with a much larger farm who offered them full use of the land and a farmhouse.  They threw themselves into land preparation, built necessary infrastructure, planted fruit trees, and plowed all tillable land with a broad fork.  The effort produced returns immediately as they created a small CSA program and established a presence in the area.  Although it was necessary to supplement farm income with work in town, it seemed, finally, they had found a long-term situation that would allow their farmstead to develop into the sustainable, biodynamic farm they planned.

Without warning, however, their plans were altered once more when Jesse and Hannah were asked to move unexpectedly.  Due to misunderstandings, they would have to find a new home once more, leaving behind the land they had toiled over for months.  Faced with the reality of investments planted into the ground and a growing number of animals (chickens and bees) to re-locate, the prospect of starting over seemed unfathomable.  For the third time, the farmers searched for a piece of Kentucky, this time marked with the unfortunate scars of bad experience. 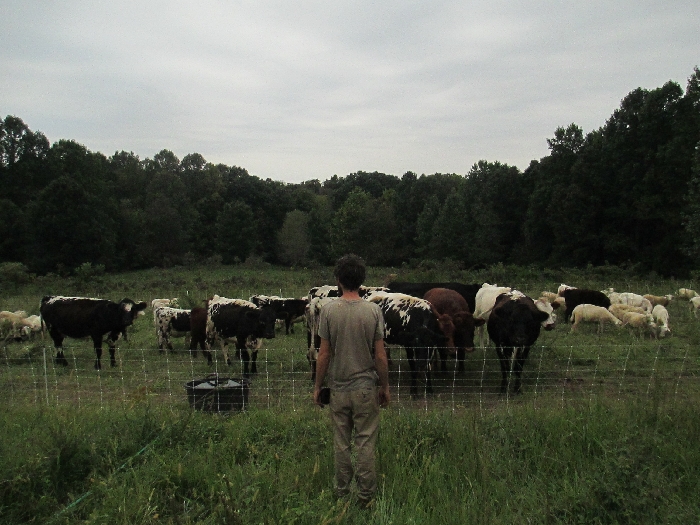 Eventually Bugtussle Farm, where they first met, learned to farm, and realized their passion for homesteading, offered Jesse and Hannah a 7.5 acre parcel on the large property.  This time the arrangement was solidified with paperwork that clearly articulated an understanding.  Armed with the confidence in their relationship with Bugtussle and documents that protected their ownership, Jesse and Hannah launched an Indiegogo campaign, relying on crowdfunding to help build a cabin.  The response was overwhelming, and their campaign closed with funds that exceeded the goal.

Almost one year from the date of losing their second farm, Jesse and Hannah now live permanently on land they own in a cabin built collectively by themselves and a vast, virtual community that champions the effort of small-scale farmers.  The road to their home, Rough Draft Farmstead, is nestled in the woods off a winding path, shrouded by trees and tucked into a much larger farm that molded their own long-term vision. Their local network and strong relationship with mentors brought them home, in addition to the use of crowdfunding, which has become a viable financing option as support for small farms increases globally.

They advise young farmers to approach all well-intentioned land and housing offers from friends and family as a business transaction, no matter how awkward.  Clarify agreements through written documentation.  Ensure that both parties understand the arrangement regarding timelines and financial expectations.  Rely on the social network that many young farmers develop through farm blogs and within their local communities.  Think honestly about long-term goals related to your farm dream, and gain the experience necessary to understand if the goals are realistic.  It was through Jesse and Hannah’s internship that they understood their passion for farming, learned essential skills and, without realizing what they had established, slowly buried roots within Bugtussle Farm and the surrounding community.

Today Jesse and Hannah continue to work on Bugtussle Farm while developing plans for Rough Draft Farmstead, currently nurturing bees, chickens, and a small garden with a vision of grape vines and fruit trees in the future.  They will supplement the abundant offerings of the larger farm with what can be grown in their pocket of the woods, enough for themselves and plenty to share with the community that supported their dream.