Things are really picking up with the new Farm Bill.  After the painful slowness of last year, it’s surprising to see Congress actually building real momentum into writing the new five-year bill.  Here is the latest news from Washington:

Last week, the House and Senate Agriculture Committees released draft farm bills.  Now, members of the Committees will “mark up” each draft bill by introducing amendments that will change the content of those bills. 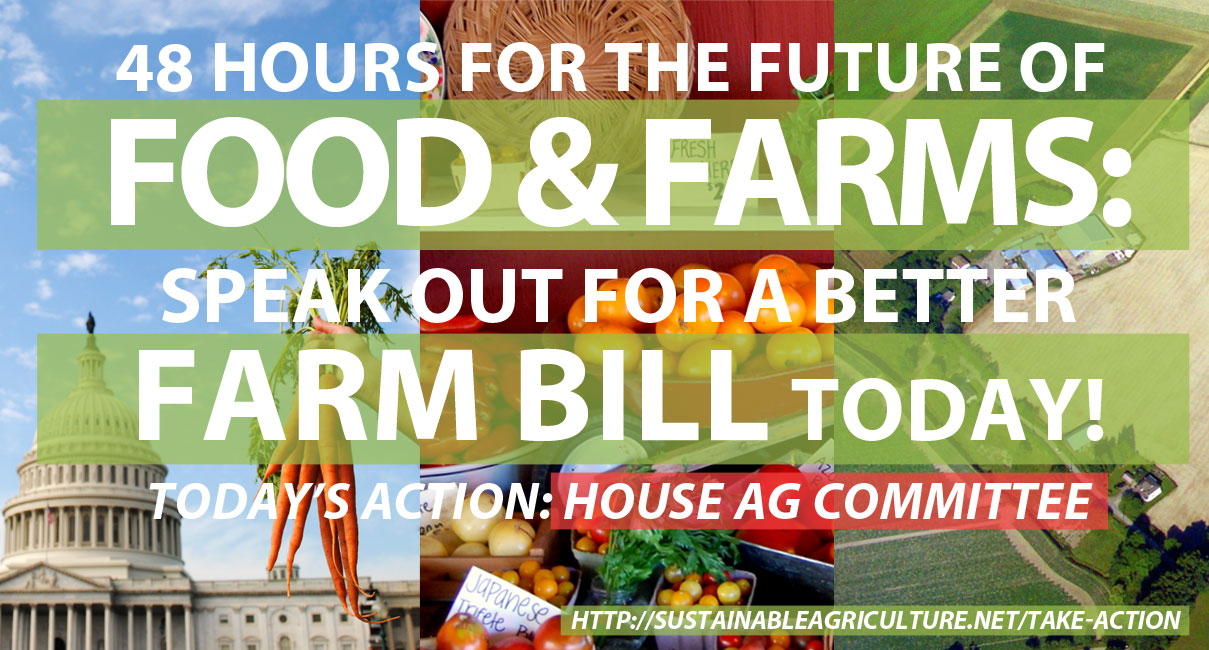 There’s a huge list of potential amendments, and a handful of them are there to support beginning farmer programs.  From continuing funding for the Beginning Farmer and Rancher Development Program to changing loan programs to make them more accessible to younger farmers, we’ve got a lot to look forward to in this mark-up.  It’s important to realize that these amendments didn’t come out of nowhere!  Our champions in Congress are pushing them because over the past year they’ve repeatedly heard from you, and now they’re putting that commitment on paper.  This week is the time when we see our work pay off.

Remember the Opportunity Act that we talked about a couple weeks ago?  Well that bill got a landslide of support, and many of the amendments this week are drawn straight from that bill.  So thanks to all those who sent messages and made phone calls in support of that bill!

What Can I Do?

Before we settle back, though, we need to remember that these amendments are only proposals – they haven’t made it through the entire process yet.  So there’s still work to be done.  Right now a lot of you are pretty busy with the farming season, but if you live in a Congressional district of a Ag Committee member, we need you to take two minutes today to make a call.  You should have received an email from the Coalition today.  It gives you the names of some of the great amendments to be introduced in committee tomorrow, a sample script, and your Representative’s phone number.

It’s an easy call to make (you’re just leaving a message with an intern whose job is to take messages down and pass on their gist to a Congressional staffer) and by doing so, you’re helping thousands of other young farmers who don’t live in an Ag Committee member’s district.