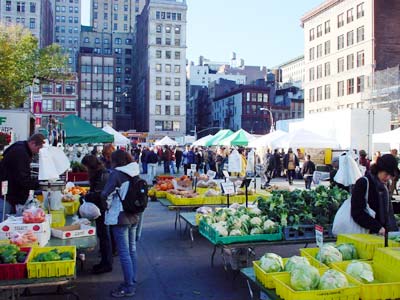 New York City residents are joining the fight for a fair farm bill, coming together in an organization called the New York City Food and Farm Bill Working Group. The group–which views the upcoming bill as the most important piece of federal legislation impacting what farmers produce and what Americans eat–is looking to connect with farmers in their struggle. In the group’s words, the bill “determines how billions are spent shaping our food system, from producer to consumer. We, in New York City, have an enormous stake in the Food and Farm Bill. Eight million of us spend $30 billion annually on food.”

The Working Group has drafted two documents: The Food and Farm Bill: Why NYC Cares and NYC Food and Farm Bill Principles. To date more than 120 organizations; faith-based leaders; and high-profile writers, educators, and chefs have signed-on to these declarations. And nearly 700 individuals have endorsed these documents.

Now they are stepping up their efforts and asking farmers to join their voice by signing on as supporters of the documents, aiming to have 1,000 farmers support the declaration by March 15th.

Recognizing that farmers are busy preparing for the upcoming season, they ask for you to take a minute to join them in telling legislators to create a health-focused food system; protect the food safety net and end hunger; restore competition, promote fairness, and encourage decentralization so that farms remain viable; protect our agricultural land and water resources; and build vibrant, regional farm and food economies.

Sign on here to send a strong message to elected leaders BEFORE the vote on the 2012 Farm Bill.