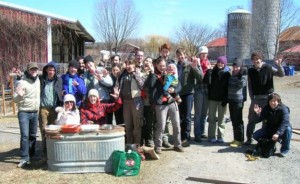 EQIP, a program designed to encourage farmers and ranchers to institute conservation practices on their land, provides cost-sharing grants for environmental improvements.  It covers a wide range of conservation systems, from land usage to water conservation to reduction of energy consumption.  The 2008 Farm Bill allotted a total of $7.325 billion in funding for the years 2008 to 2012.  Starting with that bill, a special provision was put in place for beginning farmers and ranchers (defined as those who have operated for less than ten years) and socially disadvantaged farmers and ranchers (those falling into certain groups: American Indians, Alaskan Natives, Native Pacific Islanders, African Americans, Asians, and Hispanics).  It mandated that five percent of the program’s total funding be set aside for each of those groups.  The set-aside funds are to be integrated back into the general fund if the money was unable to be distributed.  It also gave those grantees an automatic 25 percent increase in the cost-sharing rate and raised the cost-sharing rate maximum from the 75 percent to 90 percent.

The Conservation Stewardship Program is a related program that directs funding for addressing particular concerns in watersheds, increasing biodiversity, reducing greenhouse gas emissions, and for other improvements to soil, water, and air quality.  Nationally, nearly 13 million acres are enrolled in the CSP in a given year, with an average grant of $18 per acre.  Similar to EQIP, it contains a provision for a five percent set-aside for beginning and socially disadvantaged farmers.

NSAC analyzed and published the data on usage of those set-asides for the fiscal year 2010 to see how well those resources are being utilized.  According to their research, EQIP is being well-used by both beginning farmers and socially disadvantaged farmers as well as limited resource farmers – a group that unfortunately does not have any official provisions set for it.  (Limited resource farmers are defined as those who had gross agricultural sales of under $146,400 and household incomes under the poverty line.)  CSP, on the other hand, did not meet the five percent goal for either specified group.

Specifically, beginning farmer contracts accounted for 16.1 percent of EQIP’s funding (for a subtotal of nearly $135 million).  While they represented only 11.9 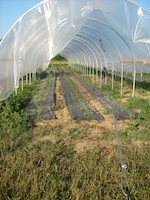 The basic take-away from this data is that the program was well-used by both subsets.  Beginning farmers received 220% more than the mandated set-aside, while socially disadvantaged farmers received 38% more.  More telling is the relative success rate that those two groups had.  Both increased their portion of the total number of contracts from their proportion of the applications.  In other words, while the average applicant had a success rate of 37.2%, beginning farmers had a success rate of 46.5% and socially disadvantaged farmers had a success rate of 45.6%.  Obviously the set-asides gave those groups the intended leg up in the application process.  As NSAC’s analysis puts it, “the ability to compete in a smaller pool is an important advantage for the targeted classes”.

Several differences could explain why the set-asides for EQIP were so much more successful than those for CSP.  Certainly the fact that much of the funding from 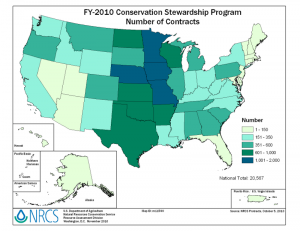 EQIP contracts is one-time cost-sharing, as opposed to CSP’s spreading out of funding over the course of their five-year contracts makes it more attractive for farmers with fewer resources.  Additionally, EQIP allows for up to 30% of a contract’s cost-sharing payments to be upfront for beginning and socially disadvantaged farmers.  This makes it easier for farmers in those categories to utilize that money without having to front all the costs alone.  Other institutional problems also most likely created the disparity in the CSP budgeting – problems that make it difficult for new farms with less established land histories to be able to show conservation improvement.  Many of these issues, as well as a possible increase in the five percent mandates, could be a focal point for advocacy groups such as NSAC and NYFC as they look to the 2012 Farm Bill.