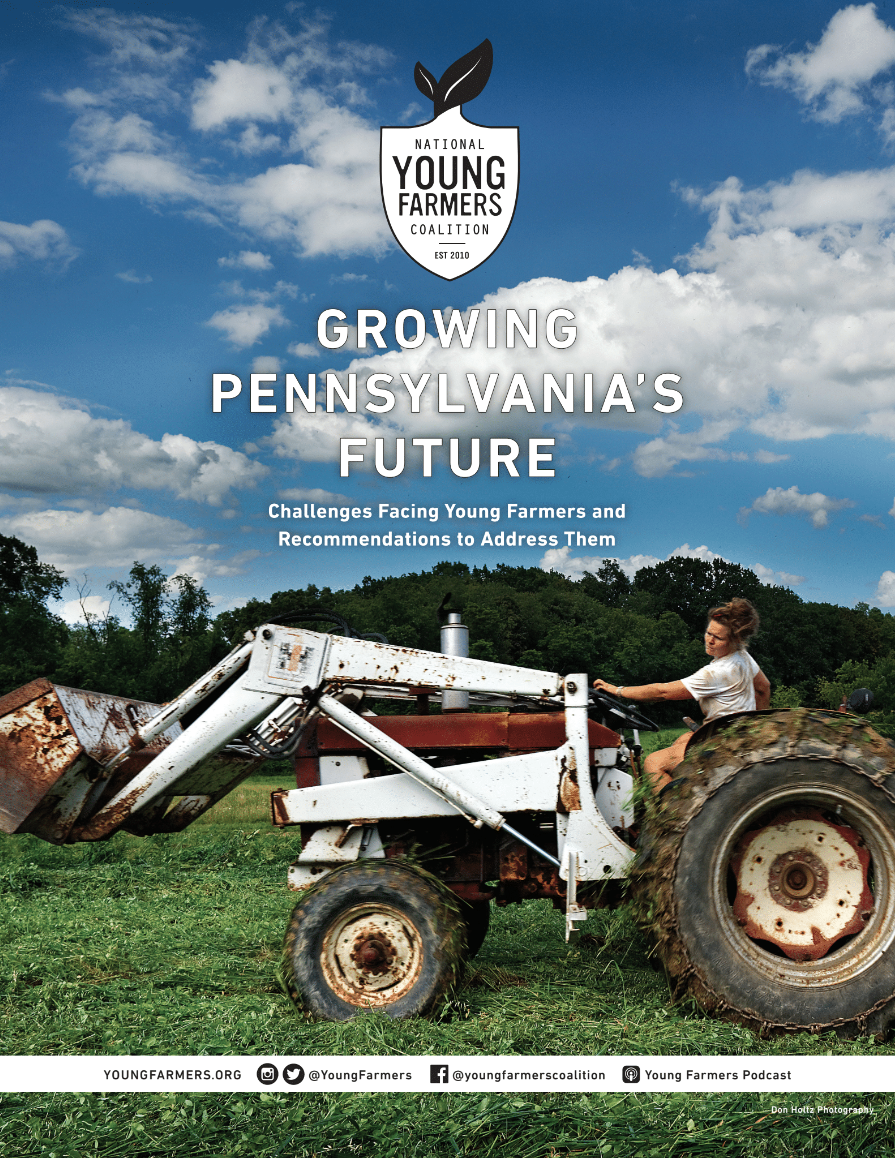 The majority of farm operators are nearing retirement and leaving the field at a time when average farm income has declined by nearly half over the past five years and land prices in many areas have risen beyond what a working farmers can afford. The land that these farmers steward and the knowledge they carry is at risk of being lost from farming forever. Young farmers are stepping up and looking to take on leadership responsibility in their communities, but they face significant obstacles to success. In Pennsylvania, we have an opportunity to confront the challenges facing this young generation and to invest in the future of the Commonwealth’s agricultural economy and farming communities.

Thank you to The Heinz Endowments for generously supporting this work.