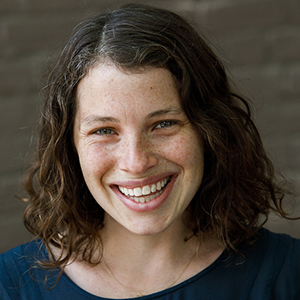 Former Co-Executive Director of the National Young Farmers Coalition, Sophie has mobilized young farmers and their supporters for policy change since 2012 and helped lead the Coalition to win historic investments for young farmers in the 2018 Farm Bill. She is a member of U.S. Rep. Antonio Delgado’s Agriculture Advisory Committee and speaks nationally and internationally on young farmers issues, including as a representative of the United States at the 2019 International Young Farmer Summit in Paris. Sophie has been named one of 25 Leaders in Food and Agriculture to Watch in 2019 and Jewish Week’s 36 under 36, an award for emerging leaders from across denominations and professions who have demonstrated unique initiative, creativity and leadership. Sophie studied Biology and Environmental Studies at Wesleyan University and has farmed on several vegetable farms in the Hudson Valley of New York. When Sophie’s not working with our farmers and staff, she enjoys running with her cattle dog mix, Sutter.