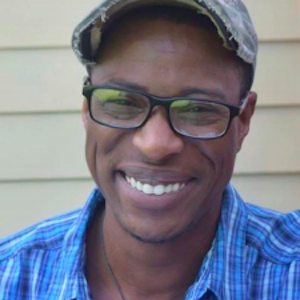 Nate Looney is the CEO and Owner of Westside Urban Gardens, an urban agricultural start-up based in Los Angeles, CA. A native Angeleno, Nate is an entrepreneur, US Army Veteran, and an Urban Farmer. Nate joined the US Army National Guard in 2003. After bootcamp, Nate relocated to New Orleans where he was both a military police soldier and was a full-time college transfer student Dillard University, an HBCU. In 2005, Hurricane Katrina struck. Nate was a vital part of rescue efforts and received the Army’s Meritorious Service Medal.

Upon his return to the United States, Nate became a full-time student at American Jewish University. A fifth-generation farmer, Nate was compelled to explore a future in agriculture. While he was in school, Nate was teaching himself how to farm indoors and grow in controlled environments, He started by growing hydroponic tomatoes in his bedroom using LED lights. In 2015, Nate graduated with his B.A. in Business.

The day after graduating, Nate filed the L.L.C. for Westside Urban Gardens, which uses controlled environment techniques to cultivate gourmet leafy greens and microgreens. He has continued his education via a 6-week course through Veterans to Farmers Controlled Environment Agriculture Course at Rebel Farms in Denver, CO, as well as a 3-month internship at Ouroboros Aquaponic Farms in Half Moon Bay.

Nate had been featured as a veteran farmer on the “Lydia Celebrates America” program on PBS, as well as LA Fox Morning News. He has been a guest speaker for USDA and at the Cultivating Change Summit, FoodTank Summit, Virginia Tech, Virginia State University and Indoor AgCon.