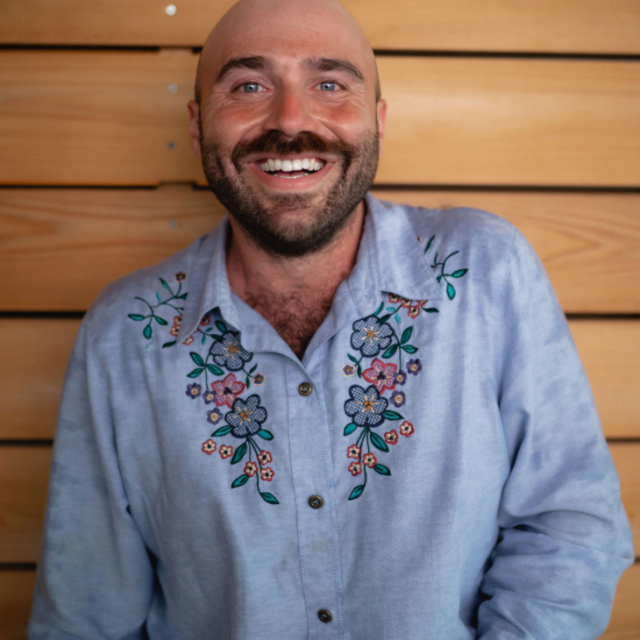 Over the past 10+ years, Jesse has worked in a variety of capacities within the food system, from community building around food justice and education, to researching food insecurity and building educational and culturally-rooted farms. After graduating from the Center for Agroecology and Sustainable Food Systems (CASFS) in 2015, Jesse managed Birmingham’s largest urban teaching farm and went on to facilitate the production of seven teaching farms across the city. At the start of the Covid-19 pandemic in the U.S., Jesse moved to western North Carolina to build the Jewish Farmer Network’s first farm, donating the produce to local mutual aid projects. After spending a year managing 14+ rooftop farms across the city of Chicago, he returned to the ground level as Production Manager at The Talking Farm. Currently completing his Master’s in Sustainable Urban Development at DePaul University, he seeks co-conspirators to build a just future. When he’s not farming, he’s most likely gardening, cooking with pals, playing board games, saving seeds, and schemin’ and dreamin’ about movement work.