My name is Joseluis Ortiz y Muniz and I am a detribalized Indigenous and Indo-Hispano father, farmer, mayordomo and community liaison from the village of Llano de La Yegua in the Indigenous Genizaro Santo Tomas el Apostol de Rio de Las Trampas Land Grant. I currently live with my daughter Corina and partner Luzero in my maternal village of San Antonio Del Rio Embudo in the high desert of Northern New Mexico, where together we grow garlic, medicinal herbs, and other vegetables on one acre and care for a variety of animals on our ancestral lands. 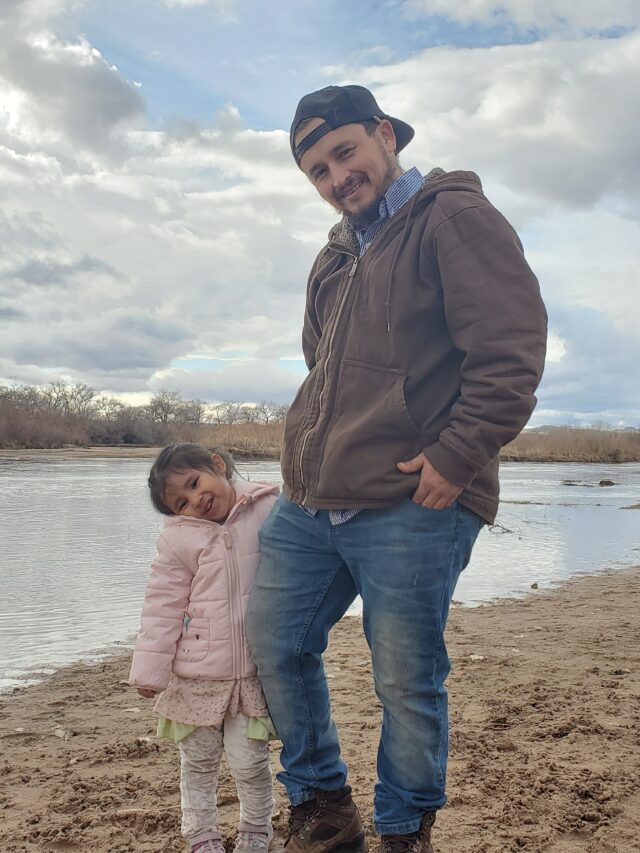 For those that don’t know, a mayordomo is a key role in stewarding the acequias of the Southwest. I facilitate sustainable water usage in the region by stewarding the Acequia Del Llano del Rio Embudo. In Northern New Mexico and in our traditional self-governance systems, the mayordomo is  the highest community-elected position. This role comes to me through a long line of water stewards as both my paternal and maternal grandfathers were acequia mayordomos who gave their lives to acequia culture for over fifty years. Additionally, one of my grandfathers worked closely with the USDA’s Farm Service Agency (FSA) as well as our local conservation district on land stewardship efforts.

As I write this, Northern New Mexico is experiencing devastating flooding that has been exacerbated by climate change-fueled wildfires. After flash flooding ran down burn scars from previous wildfires, our communities have become overwhelmed and are under water. As retirees and other folks from around the country relocate to or buy second homes in the southwest, our local food system and waterways have also been greatly impacted by the pressures that a growing population has brought to the region. The demands of the growing population have driven already thirsty cities to turn to agricultural areas for new water supplies, which has led to water being sold off the land and farmers and local businesses following suit. Additionally, these pressures have directly impacted the ability to find affordable housing across the Southwest. The reality is that many Indigenous youth are homeless in their homeland. As a young person who left home in the early years of adulthood, I can attest that it is not easy to find a way back home for the current generation.

For centuries colonizers across the United States have tried to systemically erase Indigenous knowledge and lifeways like those that have been passed on to me. Through policies such as the Indian Removal Act of 1830, the Homestead Acts of the mid-1800s, the revocation of Field Order No. 15, and the Alien Land Laws of the early 1900s, among others, Congress has been responsible for the dispossession of hundreds of millions of acres from Indigenous people and other people of color, while facilitating land ownership and access for White Americans. The exclusion of Indigenous and Hispano voices in land and water policy has led to our near erasure and extinction. 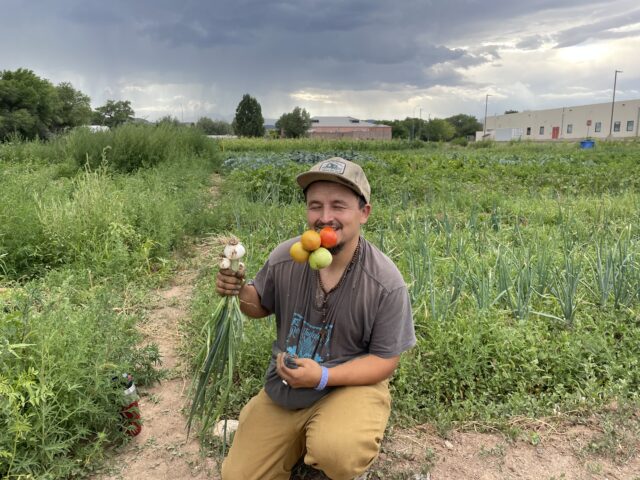 In my experience, however, cultural and traditional healing in community has been a journey of self-transformation and self-discovery that has shown me how to care for the land and water and how to overcome the hardships many young people face in occupied Northern New Mexico. Through my work as a Community Liaison and Research Scientist at Sostenga for the Greenroots Institute at the Northern New Mexico College, I help coordinate the development of grassroots, community-driven processes to determine and implement environmentally, economically, and culturally sustainable plans rooted in water, food, and economic security for the future of Northern New Mexico culture. I do this work alongside world-renowned traditional farmer, water rights advocate, and community leader and elder Don Bustos.