The next farm bill will be signed into law in 2023, and the Coalition’s farmers and staff are already busy advocating for the priorities of young and BIPOC farmers. On Friday, April 29, our Michigan Organizer, Payge Lindow, alongside Land Advocacy Fellows Candius Elliott of Workin Roots Farm and Detra Iverson of Love n Labor Botanicals, represented our 2023 Farm Bill priorities during the first field hearing in Lansing, Michigan. 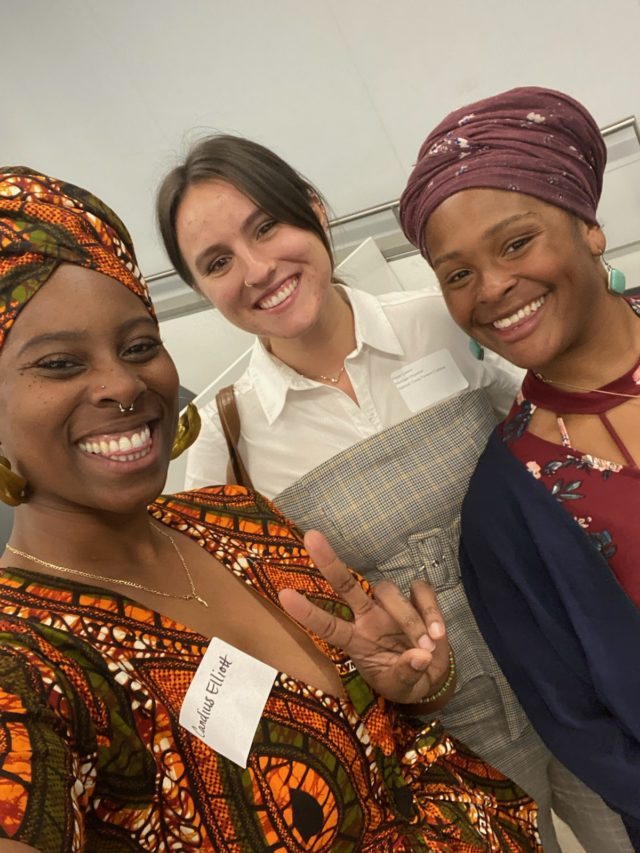 The hearing was hosted at Michigan State University by Senator Debbie Stabenow, Chairwoman of the U.S. Senate Committee on Agriculture, Nutrition, and Forestry, and Senator John Boozman, ranking member of the committee. In her opening remarks, Senator Stabenow demonstrated optimism for the upcoming farm bill by noting, “Our most recent farm bill passed with the strongest bipartisan support ever. This hearing represents a commitment to continue that bipartisanship so that we can build an even stronger coalition of stakeholders for the 2023 Farm Bill.”

“It’s so important to make sure that young farmers and farmers of color are present at these sorts of hearings to make sure our priorities are heard,” said Lindow. The hearing featured a wide range of preselected panelists including urban and rural farmers, tribal members, conservationists, food hub managers, and other food and agricultural professionals. Some of those testifying spoke to the importance of crafting a farm bill that includes more accessible resources for young and BIPOC farmers, including land and capital.

“With no family land or money, the first (and largest) roadblock that would haunt me over the first half of my farming career was my lack of access to land and capital,” noted Alex Ball of Old City Acres. As a peri-urban farmer serving both urban and rural communities near Ypsilanti, Ball expressed concerns that “development and single occupancy homes on 100 acre lots continue to inflate the cost of usable farmland at an alarming rate, and I don’t see a stop in sight. As land prices, inputs, and labor continue to increase, so do those barriers into farming and building longterm generational wealth.”

Also testifying were several panelists, such as Rachel Lyons of the Bay Mills Indian Community in the Upper Peninsula and Glen Chown of Grand Traverse Regional Land Conservancy, who spoke directly on issues of inequitable food access and the disastrous effects of climate change that the new farm bill will need to address. “Our region clearly has the potential to be an example of what can be done, right now, to address food security and climate change,” said Chown.