Living and farming in Northern California, Scott Chang-Fleeman of Shao Shan Farm is no stranger to the ways in which climate change is affecting farmers like him.

Shao Shan Farm is a five-acre certified organic farm specializing in East and Southeast Asian vegetables. They sell their products through direct marketing — at farmers markets,  through a community supported agriculture (CSA) program, and to chefs and grocery stores throughout the San Francisco Bay Area. Scott is currently scaling up the production of kabocha squash, Japanese sweet potatoes, dry beans, and dried flours. 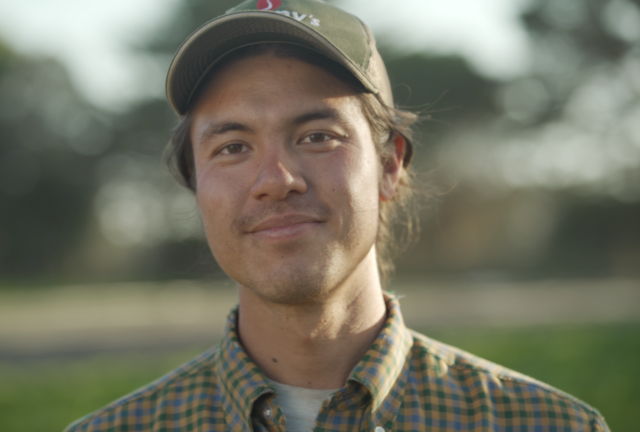 Farming in California today is dynamic, adaptive, and sometimes heartbreaking. As the state faces historic droughts and wildfires due to climate change, farmers are having to make difficult decisions. In the 2020 season, Scott had to pivot away from growing fresh greens and switch to primarily dry-farming kabocha squash and tomatoes due to a lack of water. He was also unable to irrigate his fields due to drought and decreased water availability. “Farming is always unpredictable, but it’s even more punctuated now [because of climate change]. There are going to be years where there just isn’t enough water for everyone to farm,” he said.

Frequent and persistent wildfires have also caused Scott to shut down operations so that he and his crew were not working in poor air quality. This decision, however, led to product and revenue loss. “I would rather have a loss of money than make people work in these conditions,” he said.

Farm bill conservation programs, managed by USDA, are tools that can assist farmers in investing in on-farm sustainability and climate resilience, but these programs are underutilized by young farmers across the country. In our 2017 National Young Farmer Survey, only 46% of respondents reported using federal programs. Barriers like land tenure make accessing these programs difficult for farmers like Scott.

Access to land is the number one challenge facing the next generation of farmers in the United States, and this barrier is even greater for farmers of color. Land is deeply intertwined with all aspects of farmers’ success and is critical to the health and well-being of our environment. Because Scott does not own the land he farms on, he didn’t think it made a lot of sense to make costly and resource-intensive, long-term infrastructure investments on his farm. Additionally, financial assistance didn’t cover the entire cost of the irrigation system he wanted to establish on his farm, and therefore applying for USDA’s EQIP program did not feel particularly worth the effort.

Scott wants lawmakers to know that consistent financial support and land access for young and Black, Indigenous, and people of color (BIPOC) farmers is necessary for their success and for the health of the planet. He notes that people who own their land or have long-term land tenure are able to and are incentivized to buy the equipment and make the investments needed to build on-farm resilience. By helping young, BIPOC, small, and beginning farmers gain access to land and government services, we can begin the important work of addressing the climate crisis and investing in a sustainable and resilient future with farmers leading the way.