Talk to young farmers and one verb comes up repeatedly. Pivot.

They have all had to pivot and then do it again as the coronavirus pandemic has decimated their customer bases and traditional supply chains.

Kate Edwards, 33, is entering her 10th year of farming in Solon, Iowa, north of Iowa City. She started with one acre and 11 customers for her community-supported agriculture (CSA) farm. Now, after retrofitting a 100-year-old farm to accommodate 30 varieties of vegetables, she has 250 customers and works 10 acres.

She says she has incurred at least $15,000 in additional expenses due to the pandemic, including laying a new $10,000 driveway to allow customers to drive up to her farm. She has spent an extra $1,000 for single-use paper bags, something in short supply these days. She has hired extra people to help pack bags: Where she used to spread her produce out buffet-style so customers could pick their own zucchinis and leafy greens, she now must box it all up for them to maintain social distancing. And she has had to rethink family finances after her husband lost his engineering job due to the economic downturn.

The pandemic has changed nearly everything about her business, and she says there has been little help from the federal government.

“Early on we started realizing that this wasn’t going away very quick and we had to make decisions on how to deliver our product,” Edwards says. “I haven’t been able to access the Coronavirus Food Assistance Program because it’s not set up for diversified farmers; it’s oriented toward commodity farmers and it doesn’t have a system set up for CSAs in terms of how to report.”

Across the country, young farmers, first-generation farmers and farmers of color say they have been left out of coronavirus relief for the agricultural industry, because of the federal government’s one-size-fits-all approach.

The oversight, which they say has left them on wobbly financial footing, threatens to cut off a promising growth area of small-scale farms and younger farmers against a wider backdrop of consolidation and aging of American agriculture.

The U.S. Agriculture Department’s most recent five-year census, released last year, found a surge in the number of farms under nine acres, which increased by about 22 percent from 2012 to 2017, as well as farmers and ranchers below the age of 35, whose numbers increased roughly 11 percent to about 285,000. (They’re thoroughly outnumbered by the 396,000 producers age 75 and older, however.)

In May, the USDA unveiled the $19 billion Coronavirus Food Assistance Program (CFAP), greenlighting direct payments largely to row-crop farmers and ranchers. Many who farm specialty crops — the fruits and vegetables that humans eat — were left out of that initial relief effort. On July 9, the USDA opened up eligibility for 40 more fruits and vegetables, adding a whole produce aisle of specialty crops that would be considered for farm aid including alfalfa sprouts, guava and greens, both collard and dandelion.

But because of how and what young farmers, first-generation farmers and farmers of color produce, it has not been easy for them to apply for CFAP assistance, or loans from the Paycheck Protection Program and Economic Injury Disaster Loan Program.

Many small farms are owner-operated, with very few employees, especially during the growing season before harvest. Under the PPP program, 60 percent of these loans must be spent on payroll (initially it was even higher, at 75 percent), and those employees must be retained to be eligible for loan forgiveness. The Economic Injury Disaster Loan Program, which awards loans up to $10,000, is also based on number of employees.

“I did get PPP, a few thousand dollars,” says Edwards. “The amount of money we got is helpful, but I’m not sure if it will be forgiven. We started in March, but my payroll doesn’t start until May. If I could have used summer income figures, when I employ more people, I could have gotten a lot more.”

During the offseason and planting season she operates largely on her own, adding more workers during harvest and to service her CSA during summer months.

Because of the high cost of land and daunting upfront costs associated with beginning a farm business, many new farmers start with small plots of land and try

to grow a diverse array of high-value crops such as heirloom tomatoes and herbs to mitigate risk and maximize potential profits.

Many young and first-generation farmers sell directly to institutions like restaurants or schools, or direct to consumers at farmers markets, farm stands or via CSA models where consumers buy shares of a farm’s harvest in advance.

As restaurants and schools closed this spring, orders fell to zero. Farmers markets pushed off opening, opened with limited hours or had a diminished number of vendors, and customers were scant due to fears about social distancing.

In short, their markets dried up.

The National Sustainable Agriculture Coalition, an industry group, in March projected a decline in farm product sales of more than $680 million between March and May at farmers markets, restaurants, food hubs and other venues.

The group estimates that local and regional food markets will lose $1 billion in sales by the end of the year due to the pandemic, even as grocery store sales swell because of more people cooking and eating at home.

The CFAP program compensates large-scale and commodity farmers for lost crops, but doesn’t address local and regional markets drying up for small farmers. The National Young Farmers Coalition estimates that three-quarters of its members have experienced lost sales due to reduced outlets to sell their products.

The USDA’s Farm Service Agency added missing commodities to its list and adjusted some prices, says Sophie Ackoff, the National Young Farmers Coalition’s co-executive director, but because the program still bases compensation on wholesale commodity prices, and requires crop-by-crop reporting of losses, that doesn’t work for many young farmers, who depend on commanding premium prices for their crops and growing a wide range of items.

Depending on the crop and loss type, payment rates ranged from $0.01 per pound for dry onions to $1.45 per pound for raspberries — prices that don’t take into consideration premiums paid for local, organic and heirloom fruits and vegetables.

“One of the potato farmers in our network lost a $20,000 contract,” Ackoff says. “The CFAP payment would have been $800. So many small farmers are looking at the price points and just laughing.”

Bathazar, 39, and Chaparitta, 35 (originally from Guadalajara, Mexico, they spoke on the condition that their last names be omitted due to their immigration status), launched their organic farm last year on 11⁄2 acres of rented land at the edge of Salinas, Calif., with a $5,000 loan from a local nonprofit.

Chaparitta lost her off-farm job as a housekeeper due to the pandemic and Bathazar says it is hard finding buyers for their celery, green beans, sweet peas, beets and carrots.

“The majority of our fresh vegetables we sold straight to customers,” he said by phone via an interpreter. “This year people don’t want to spend too much money, they don’t want to get close to us, so everything isn’t getting sold. Some of the markets don’t want us there and other markets are closed or are only open for a few hours. Last year we sold everything in Salinas; now we have to go outside of Salinas to look for different places to sell.”

Because they are undocumented, the couple are ineligible for CFAP money for a PPP loan.

Because they don’t grow crops in quantities sufficient to entice grocery stores, many young farmers have turned to online sales, hustling to launch websites and apps, thus adding to their daily workloads.

“It takes time to set up websites and keep them up to date in the middle of planting season. These farmers are innovative and entrepreneurial, but they are working 24/7 and are so exhausted,” Ackoff says.

Roberto Meza, a 32-year-old former graduate student at MIT, farms in Bennett, Colo. He says young farmers often struggle with student debt and often have no way to access land. He and his partner grow tomatoes, lettuces and microgreens in greenhouses.

“It was already a rough year before covid-19 hit because Lucky’s, our main grocery store, went bankrupt at the beginning of the year,” he says. “Fifty percent of our business was grocery stores, 35 percent was food service and the rest was direct to consumers. We pivoted, doubled down and streamlined to create a CSA food bundle farm box to recuperate lost sales.”

Even as he’s struggled, Meza doesn’t think the pandemic has been universally bad for young farmers.

“The pandemic has been a great teacher,” he says. “It has illuminated what is wrong with the current paradigm, the inconsistencies are laid bare and we can see where we need to redirect resources. People want to pay attention to where their food comes from; they don’t take it for granted anymore.”

And, he says, because the average age of American farmers is approaching 60, according to the USDA, creating viable market opportunities for beginning farmers, young farmers and farmers of color is imperative to maintain the country’s future food supply. 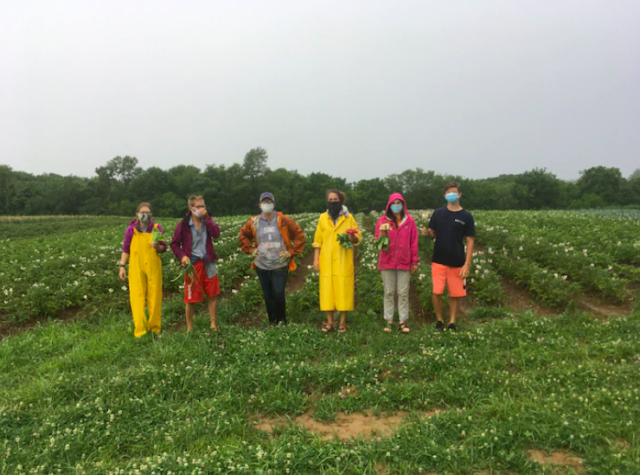 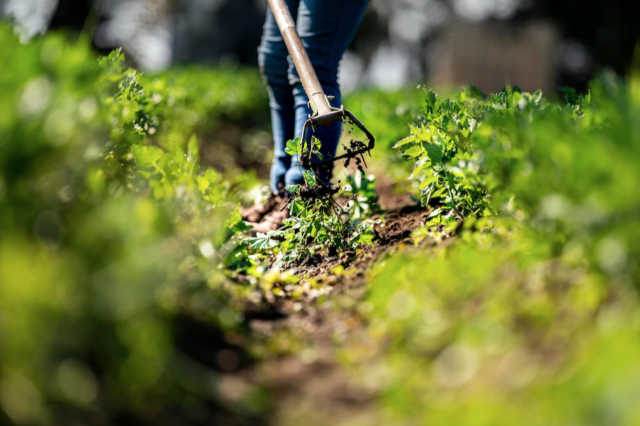 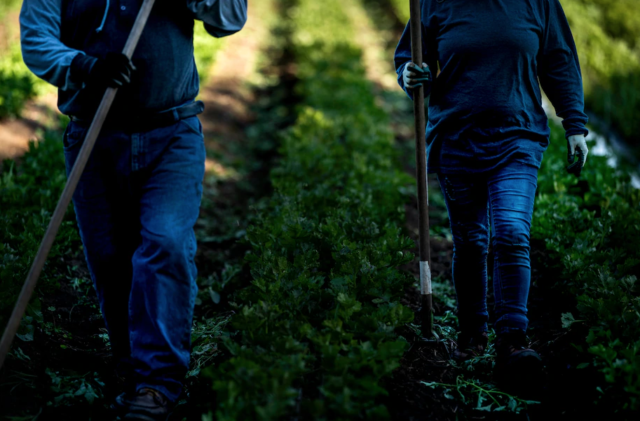 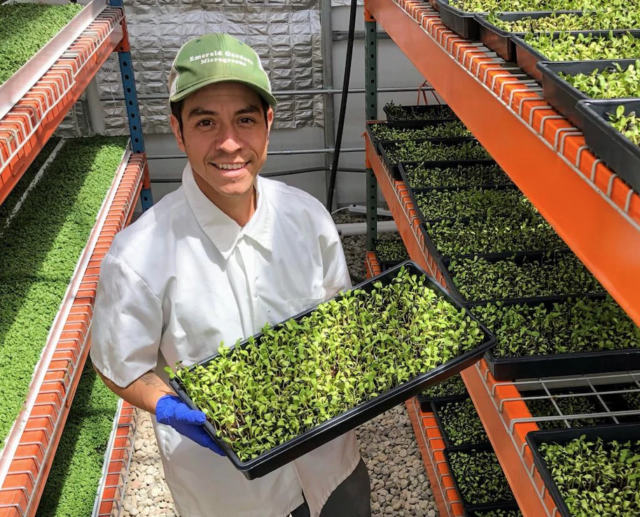 The Senate needs to provide more equitable relief for farmers, farm workers, and our food system in their next COVID19 federal aid package.