Hi, I’m Bilal Sarwari, Membership and Communications Manager at the National Young Farmers Coalition. I want to tell you about my journey from full-time farmer to member of the Young Farmers staff.

Earlier this year I was working at White Oak Pastures, a pastured livestock ranch and organic farm in southwest Georgia. The journey that led me to this part of the country was a long one—I had already been farming for ten years in both urban and rural areas. Soon after completing my undergraduate degree I designed, implemented, and managed a therapeutic gardening program for at-risk youth outside of Atlanta, GA. I am passionate about the intersection of human health and agriculture, so this job was a great fit for me. Teaching teenagers to farm at a psychiatric stabilization center raised some eyebrows among the organization’s executive team, but within a few months it was clear that this program was making a huge positive impact on patients’ lives. While I had read about the therapeutic benefits of gardening on mental health, it was rewarding seeing it play out in real life. Farming became a tool I could pass on to young people to help cope with major stresses in their lives.

Eventually I made my way to Philadelphia, PA and worked on urban gardens and farms in Center City neighborhoods. After a short time living there, my friend Jenni Harris from White Oak Pastures called and asked me to become the Organic Farm Manager at her family’s ranch. I gladly accepted the position! Jenni, her father Will, and the rest of the Harris family treat me like one of their own—the newest generation even calls me Uncle B. Living in Bluffton, GA was a special time in my life and I fell in love with the rugged beauty of the Coastal Plain region. As I became more curious and involved in the rural revival of our town, my role transitioned into Manager of Community Development. It was in this position that I applied the tenants of regenerative land management to our local community; in restoring an environment to health you help do the same for the people who live there.

Remarkably, the National Young Farmers Coalition was not on my radar until a visit from Cara Fraver, our coalition’s Business Director, in the summer of 2018. After learning about this organization, I invited her to host a produce safety workshop on the farm (I later learned that Young Farmers has trained over 800 growers across the United States). Soon after the workshop, I was invited to the Young Farmers National Leadership Convergence in Washington, D.C. The Coalition offered me a scholarship to attend as a farmer of color and I accepted, not knowing fully what to expect. 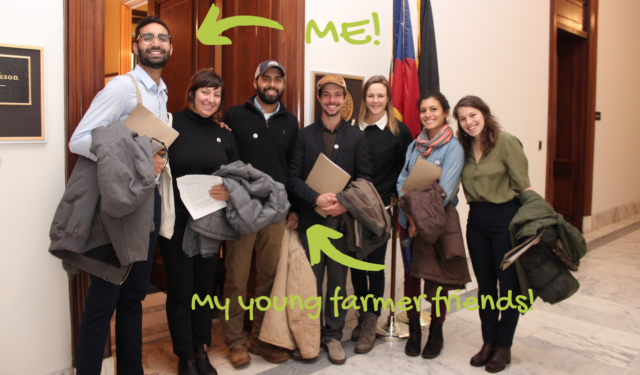 In November 2018 I traveled to the capital, where I became part of a group of 100 young farmers from across the country. The team at the Coalition organized a massive lobby day for farmers to meet with representatives from their 45 U.S. chapters. I felt intimidated by the Congressional offices at first, but was bolstered by lobby day and advocacy trainings during Convergence. I was also reminded of the fact that I belonged there. Senators and Representatives serve us and those grand structures were built by us to protect our interests.

It wasn’t until Convergence that I realized that the laws that govern our land and our bodies are written by people that need to hear from us directly.

One of the guiding principles of the National Young Farmers Coalition is that we are our own best advocates, and the Coalition’s team was able to awaken that knowledge during the week I spent with them. Farming can be a lonely business. It can be a lonelier business when you’re a queer, Muslim, farmer of color in a rural area. I was so inspired by what I saw at Convergence. I was able to connect with farmers that looked like me, who thought like me, and who living as in Georgia and in regions with entirely different soils and climates. I carried away with me a sense of deep community with the most brilliant farmers I had ever met.

Earlier this year, I was presented with an opportunity to serve as as the Coalition’s Membership and Communications Manager. While it was a difficult decision to leave full-time farming, I knew it was important to help this organization grow and to reach out to marginalized farmers working in a system stacked against them. Membership with the Coalition seems like a small thing, but with a robust and engaged membership, we can demonstrate to legislators and donors that young farmers are united and eager for change!

There has never been a better time to join the Coalition.

With an engaged network of supporters like you, we can demonstrate to legislators that young farmers and consumers are united and eager for change. Join us in supporting the Coalition today and ensure a brighter, more equitable future for U.S. agriculture. 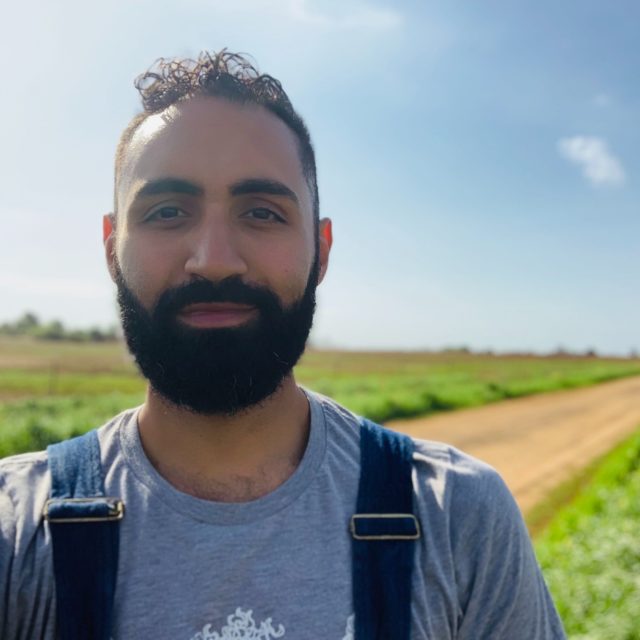