Deprecated: Unparenthesized `a ? b : c ?: d` is deprecated. Use either `(a ? b : c) ?: d` or `a ? b : (c ?: d)` in /home/658693.cloudwaysapps.com/xtgjywshez/public_html/wp-content/plugins/the-seo-framework-extension-manager/inc/traits/core/error.trait.php on line 114
 SENATE AGRICULTURE FY2020 APPROPRIATIONS BILL UNDERMINES KEY YOUNG FARMER PROGRAMS 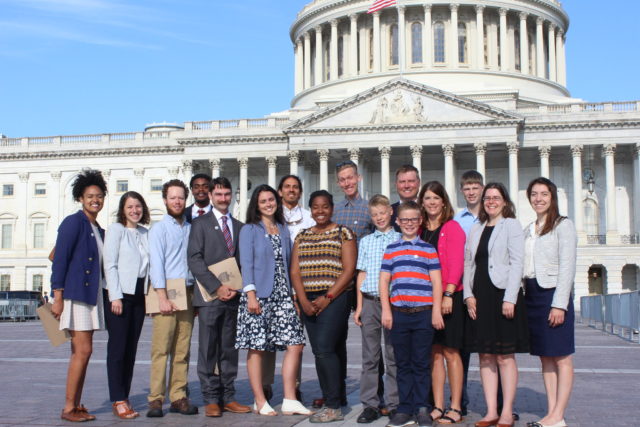 After celebrating the inclusion of young farmer priorities in the House agriculture appropriations bill in July, the National Young Farmers Coalition is disappointed to see that the Senate Agriculture Appropriations Subcommittee’s bill, released this week, allocates very little funding to programs important to young farmers and ranchers.

While the bill received full Committee approval, it still has to pass on the Senate floor. The differences between the House and Senate bills will then be reconciled between the two chambers, where final funding levels are agreed upon. So even though the Senate fell short, it’s not too late to let Congress know where you stand.

Keep reading to see how the Senate allocated funding for each of our 2018 Farm Bill priorities.

The bill does not include:

As the House and Senate go to conference over the next few weeks, we must continue to demand full funding for key young farmer priorities. The Senate bill may have passed the full Appropriations Committee, but that does not mean their bill is final. The House still has to agree, which invested over $60 million into young farmer programs.

It is now more important than ever to take action and make your voice heard! We still have a chance to fund young farmer wins from the farm bill in the final appropriations bill. Ask your Senators and Representatives to prioritize young farmer programs in conference committee.