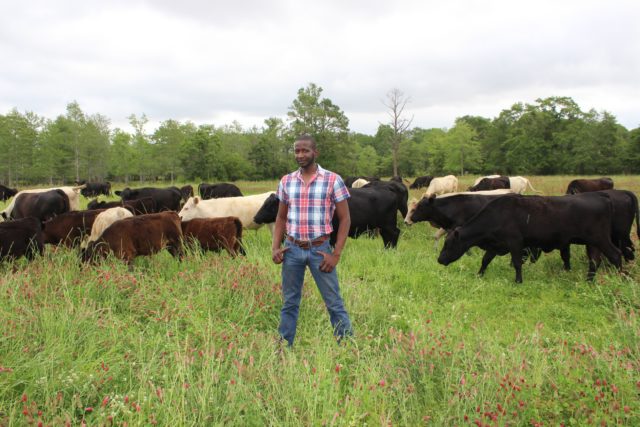 The following is an excerpt from the Young Farmers 2019 Organizing Handbook.

Thank you to Sara Black, Tess Brown-Lavoie, Michelle Hughes, Mai Nguyen, and Holly Rippon-Butler for their contributions to this section.

The National Young Farmers Coalition is a national organization that holds space for many different kinds of farmers and farm operations: urban and rural, large and small-scale, with identities that cross or blur lines of race, class, and gender difference. Our community includes recent immigrants and indigenous farmers, multi-generational farmers, and farmers looking to re-establish a connection to the land. Difference and diversity do exist among young farmers, but from the founding of the Coalition, our membership has not been a full reflection of this diversity. Thanks to the leadership of many farmers and thinkers of color, we have been called to ask: what will Young Farmers contribute to the movements for racial justice at work today? As an organization we are committed to actively confronting racial inequity in the food system and invite our chapters to join us in this journey.

In this post, we offer some thoughts and resources for reckoning with white supremacy and working towards racial justice as farmers and organizers. Links to additional resources are available at the end of this section.

There is a long and vital history of black, indigenous, and people of color-led food justice organizing in the U.S. and around the world. However, narratives of the alternative food movement have largely relegated people of color to marginal, passive roles in the story (hungry, poor, disempowered workers who are ‘disconnected’ from their food). This dynamic underwrites an entire system of values: judgments about what counts as good food, what counts as successful organizing, what is “effective” changemaking, what are viable solutions, and what compromises are acceptable (see work by Margaret Marietta Ramírez, Julie Guthman, Alison Alkon, Krisen Reynolds, and more in our resource list). Building a just food system requires us to question these frameworks. Racial justice is not simple inclusion of diversity, but rather a shift in power and values informed and led by people who have been historically marginalized from land and power in the U.S. food system.

Our Food System Is Rooted In Stolen Land and Stolen Labor

A just and healthy food system for all people will not be possible if we don’t reckon with legacies of harm to people of color in the U.S.—forced migration, enslavement, and centuries of violent intimidation, disenfranchisement, and discrimination. For Indigenous people, land loss has been constant since European settlers came to this continent. In African-American communities, legacies of sharecropping and tenant farming prevented many farmers from building equity in land after emancipation. For those who did purchase property, discriminatory lending practices and ingrained racism at USDA offices caused significantly higher rates of land loss over the ensuing century. Japanese-American farmers experienced land loss as a result of forced internment during WWII. Many other communities of farmers have faced similar discrimination, causing land loss or preventing their ability to gain secure access to land at all. Unfortunately, these aspects of our shared history are not solely of the past, but ongoing problems for people in the U.S. and all over the world. The crisis of land loss and displacement in the United States continues to disproportionately impact people of color and Indigenous people.

Land-related policy has played a role in this loss by authorizing the theft of land and prohibiting land ownership. Concurrent barriers to voting, holding office, and participating in legislative systems hindered the ability to change these political conditions. Further contributing to forced land loss is the issue of heirs’ property—or fractionated land ownership—and partition sales. Heirs’ property refers to the vulnerable condition of land ownership in which property is passed between generations without clear title, often due to the absence of a formal will. There are a number of factors that might have resulted in landowners not creating a will, including: lack of access to legal resources; insufficient financial resources to undergo complex estate planning; and differences in cultural values that prioritize verbal, communal transfer of property rather than formal succession to individuals. Without a clear designation of heirs, the state becomes responsible for determining legal ownership of the land at the time of transfer, resulting in land owned “in common” by all the heirs, regardless of whether they live, work, or pay taxes on the land.

Heirs’ property land ownership has disproportionately affected African-American communities, but also impacts Indigenous, Hispanic, and rural Appalachian farming communities. Heirs’ property issues can prevent farmers from accessing loans, grants, and government assistance, as well as complicate infrastructure investments or land management decisions. In addition, heirs’ property can make a parcel less marketable for sale or lease, and a single landowner can force a sale of the property. This scenario often results in land being sold for much less than market value, property being broken up into parcels that are too small to be efficient for agricultural use, and/or wealthy buyers acquiring land by taking advantage of the vulnerabilities of farmers affected by heirs’ property ownership.

Access to land is the foundation of a just food system. As farmers, activists, and people whose work depends on the land, we have a responsibility to understand the context in which we work and to ensure that narratives of injustice are heard. Understanding the history of land loss and discrimination informs our advocacy as well as our relationship with the land, helping us to shape policies and take action towards building a stronger, more just future for agriculture. In seeking to rectify the injustices of our agricultural system, we must look to the food and land justice movements which have been formulating small and large-scale solutions since the beginning of colonization. There are some resources for learning more about these movements below.

Issues in the food system cannot be siloed from other social issues, because food and land are foundations of life and community. Increasingly, activists, farmers, consumers, and scholars are asserting the clear connection between agriculture and food systems issues, and other articulations of systemic racism, including mass incarceration, gentrification, labor rights, immigration, climate change (for examples, see our recommended readings below). As we organize to lower barriers for entry into agricultural careers, and to increase political and substantive support for farmers, we must also continue to raise our awareness of the ways these issues intersect with systemic racism and injustice. Solidarity movements such as the Poor People’s Campaign are working to unite people across the country regardless of race or class. Injustice to any particular group of people is a threat to justice for everyone as a whole, and systemic racism negatively affects all communities.

Farmers Have Always Been Organizing For Racial Justice

There have ALWAYS been farmers organizing for racial, economic, gender, land, and climate justice in the United States and around the world. Farmers of color have been leaders in farm labor and immigrant rights movements, pioneers in cooperative economics and community land trust development, and instrumental in the fight for black enfranchisement in the deep south, the sustainable agriculture movement, water conservation efforts in the arid west, urban agriculture practice and innovation, and the fight against food apartheid.

Contemporary organizers have the opportunity to both learn from these historical movements and support the inheritors of this work, the folks who continue to develop racial justice strategies and practices today.

A question for you might be: what stake do farmers—especially farmers who don’t feel directly harmed by white supremacy—have in movements for racial justice? How can farmers show up for racial justice broadly?