Deprecated: Unparenthesized `a ? b : c ?: d` is deprecated. Use either `(a ? b : c) ?: d` or `a ? b : (c ?: d)` in /home/658693.cloudwaysapps.com/xtgjywshez/public_html/wp-content/plugins/the-seo-framework-extension-manager/inc/traits/core/error.trait.php on line 114
 National Young Farmers Coalition | To save water, first save soil and heirloom plants 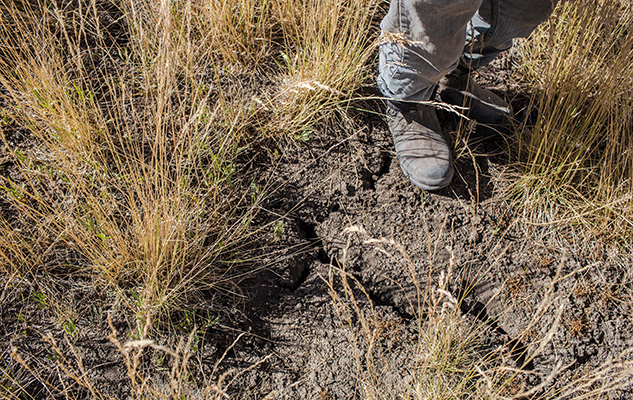 In August we had our first big monsoon of the summer, which was a blessing because we had not seen any precipitation for nearly a month. Our first few storms of the monsoon season in the Southwest can be incredibly violent, quick moving, and drop lots of water on the sunbaked soil. During this first storm, we received just under 1.5 inches of water in about an hour, which is a perfect recipe for erosion, flash flooding, and general water deluge.

When I went outside to survey our property after the storm, I noticed quite a bit of erosion around drainpipes, along roadways, and at the high mark on our creek, but the soil in our fields looked great. There was hardly any runoff. For three seasons now we have been adding compost and other high-carbon materials (leaves, wood chips, straw) to our soil as well as rotating our animals, cover cropping, and mulching. The benefits of adding organic matter can be seen, smelled, and probably even tasted, if you wanted to go that far. 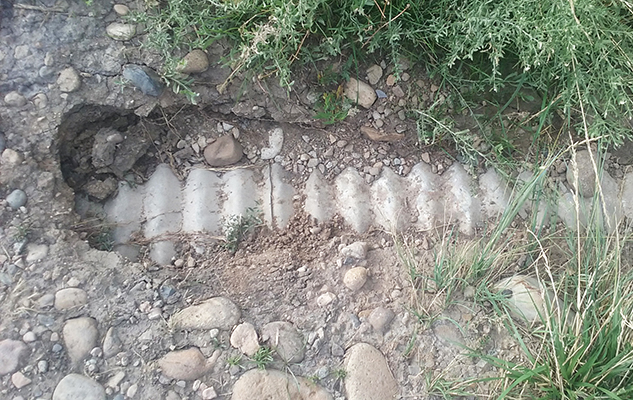 Since increasing a field’s organic matter increases its water carrying capacity, incorporating more organic matter will be beneficial for our irrigation practices. The more our soils can bank water during these heavy precipitation events, the less we will have to irrigate later when things dry out. We can lose about 1/4-inch of water from our soil every day that the sun shines, which is why the less water we have running off our fields, the better.

Soil and water conservation are huge topics in agriculture today for good reason; they are important to a farm’s bottom line. In addition to cultivating good soil health, we are also big believers in genetic conservation. In the last 100 or so years, we have collectively lost a staggering amount of genetic diversity in the plant and animal species that we choose to grow. This is part of the reason that we grow mostly heirloom varieties that have been grown in our region for thousands of years, making them more drought-tolerant and adapted to our altitude.

We grow Hopi Greasy Head and Taos Blue corn because they do great in even the worst water years. We plant Speckled Tepary and Hopi Black and Pink beans for their resilience against spring winds. Our fruit grafts from this year have old timey names like Winesap, Newtown Pippin, Arkansas Black, and Laxton’s Fortune. We also traded for a few Mangalitsa hogs to see how this old breed fares on our pastures. 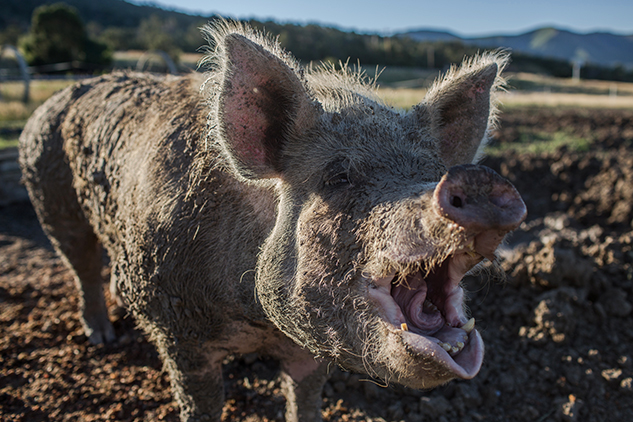 Most of the crop varieties that we grow are very different from the fruits and vegetables that one can find in a conventional grocery store, which makes for a good selling point and conversation starter when selling directly to consumers. Most people are dumbfounded by the large Black Spanish radishes sitting on our market table, and after talking about them for a minute, most customers end up buying some. Heirloom varieties not only outperform many modern hybrids in the field, but also at a farmers market or when selling to high-end restaurants.

Conservation is something that all farms have to be thinking about, whether it is through better soil and water management or through the seeds we plant. All of our management practices have an effect on our surrounding world. The sediment that leaches off of our property during a massive storm ends up clogging waterways downstream and eventually piling up behind one of the numerous dams along the Colorado River, only to create a problem for the people that maintain those dams.

The more conservation is looked at as an everyday farm practice, instead of as a one-and-done project, the better off we will all be in the long run.