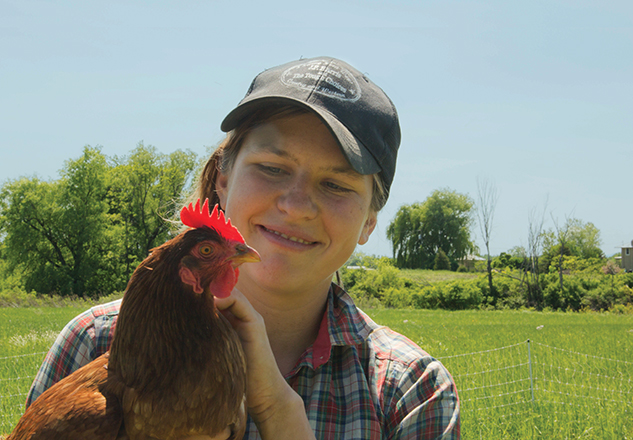 NYFC’s land access campaign manager, Holly Rippon-Butler, recently collaborated on an article for Saving Land magazine, which is published by the Land Trust Alliance. The article, Partnering with Next Generation Farmers, highlights the crucial role land trusts have in ensuring farmers have access stop affordable farmland, and it outlines some of the tools land trusts can use to make a positive impact on the future of our food system.

[Lindsey Lusher] Shute, executive director of the National Young Farmers Coalition (link is external) (NYFC), outlines the dire facts: “In the next two decades, more than two-thirds of the farmland in the United States will change hands. As farmers retire and pass on, their land is likely to transition out of family ownership and management forever. In rural areas, family farms are being purchased by speculators or consolidated into mega-farms. In urban-influenced areas, active farms are being taken out of production as they’re sold for development or rural estates. In both cases, the price of farmland is far greater than what the next generation of farmers can possibly afford.” […]

For years, strategic preservation of farmland by land trusts has laid a foundation for long-term production of locally grown foods, particularly in urbanizing regions where an estimated 80% of Americans now live [The World Factbook, Central Intelligence Agency]. However, the challenges facing farmers today urgently require this work to be scaled up and strengthened to keep farmland owned by farmers and in agricultural production.

To read the full article, including the list of innovative tools that land trusts are making use of to preserve farmland, follow this link.