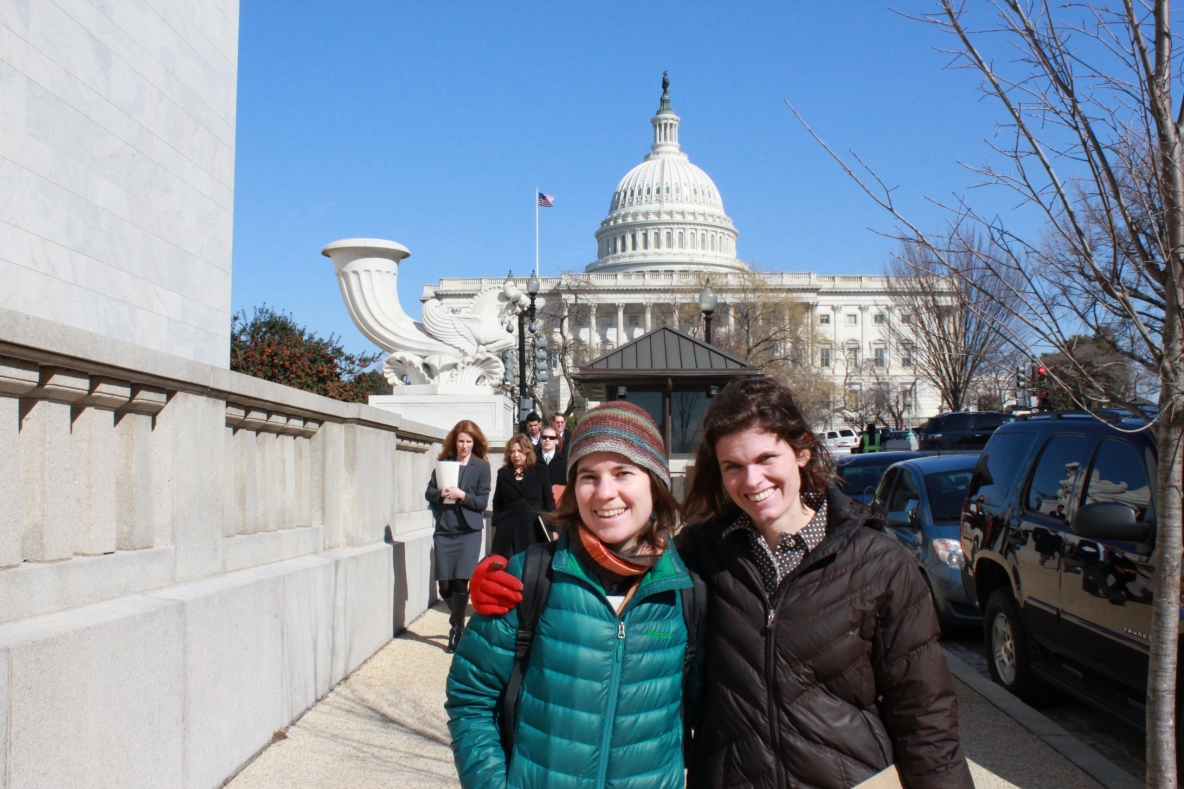 The halls of Congress heard ringing of cowboy boots and the stomping of mud-stained muck boots this past week as farmers from across the country descended on our nation’s capitol.

On Monday and Tuesday, the Young Farmers Coalition brought five beginning farmers from California, South Dakota, Colorado, and New York to Washington, DC to meet with Senators and Congresspeople to urge them to support beginning farmer programs in the next farm bill.

In all, over fifty farmers participated in the Farmer Fly-In, organized by the National Sustainable Agriculture Coalition.  The Fly-In is an annual event, but this year had a particular emphasis, given the way that beginning farmer programs and many other helpful USDA provisions were left high and dry in January’s farm bill extension.  Given that urgency, this year was also the largest fly-in ever, with about one hundred legislative visits taking place over the two days.  Of those, NYFC’s crew organized and took part in sixteen meetings, ranging from left-leaning Democrats to tea-party-aligned Republicans. 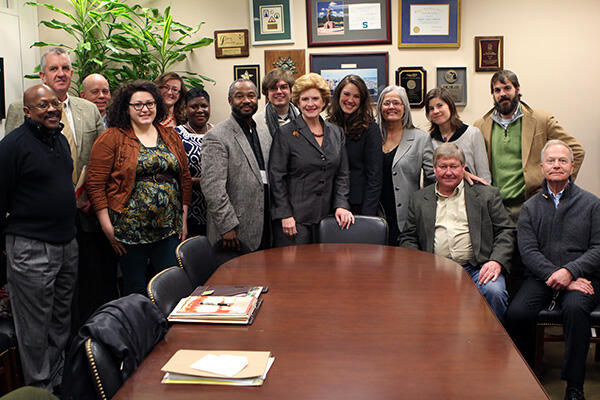 Sometimes speaking with elected officials themselves and sometimes with their agricultural policy associates, meetings covered a large spectrum of topics, from personal stories about how specific programs were essential in the formation of a new business to practical discussions about the likelihood of different bills being able to pass.  Legislators were selected for meetings based on their positions on the House and Senate Agriculture and Appropriations Committees.

As many of the farmers new to political advocacy found, most elected officials took quickly to the beginning farmer message: that the government needs to ensure the next generation of farmers and ranchers receive the training and support they need.  We shared stories about how USDA services like the Beginning Farmer and Rancher Development Program allowed for business training courses, how SARE grants helped fund grassroots technical innovation on the farm, and how the Conservation Stewardship Program helped farms become more sustainable while not breaking the bank. 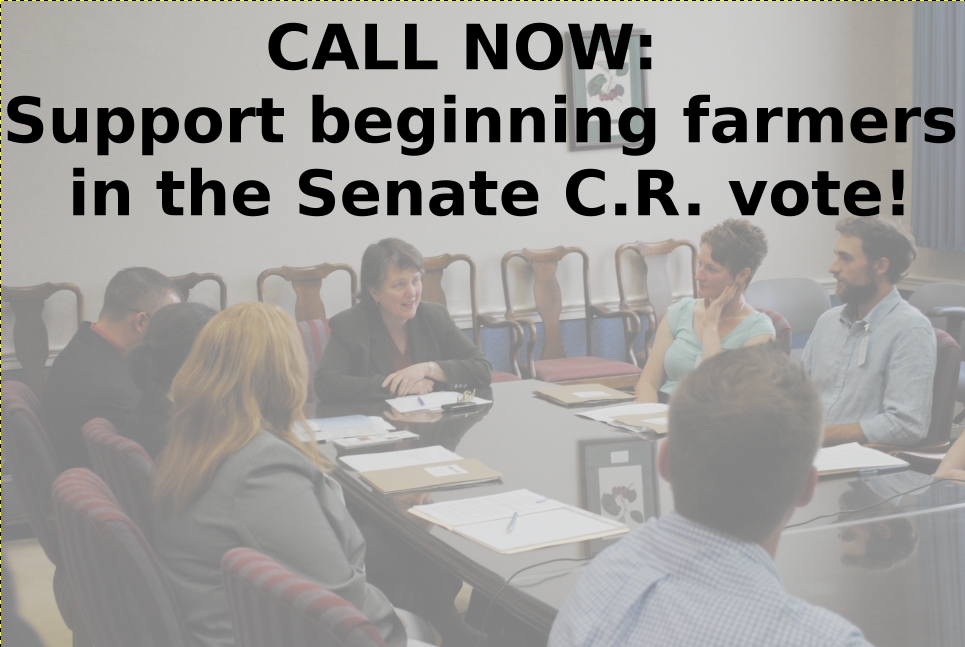 This fly-in was just the start to the 2013 advocacy season.  With sequestration making its impact known, with the debt ceiling debate coming up, and most importantly with the Farm Bill extension expiration looming ahead of us, there is plenty of work cut out for us.  Get ready: in the coming months, we’ll be asking many of you to write letters, make phone calls, and come with us on in-person meetings, so please stay in touch and get ready to make history!

In fact, you can take action right now!  Click the image to the right to learn more.