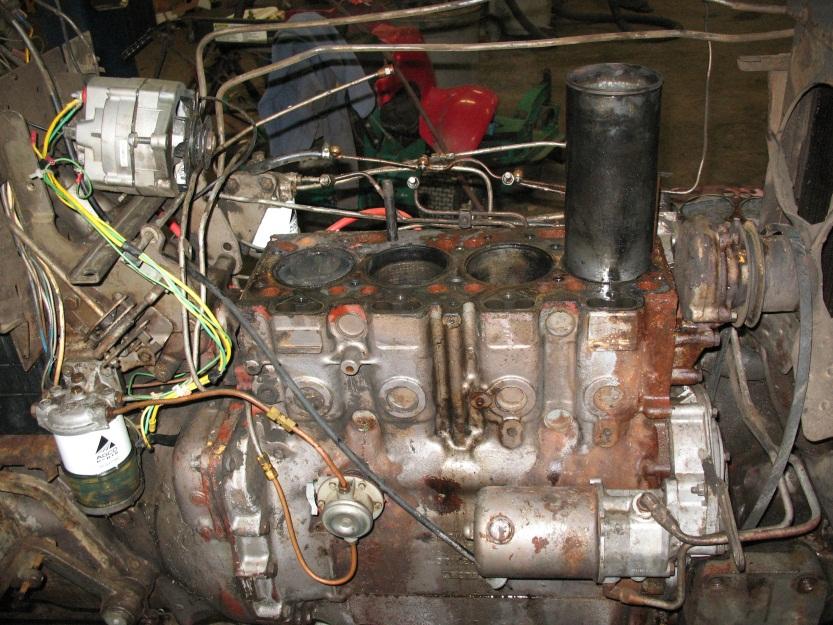 The crops are mostly out of the ground, the fields and yard are picked up for winter, and our off-season project list has grown to seemingly impossible lengths.  We don’t want to praise anything too much though—last month’s blog where we celebrated our equipment making it through the season may have jinxed us.  Two days after writing that, our tractor engine blew, requiring complete rebuilding, including machining.  It was a tortuous end of season decision–do we spend $5000 we don’t have on a crappy old tractor that we hoped was only temporary, or do we go buy a “new” old tractor for $5000, which could have a whole host of problems of its own?

Hindsight is 20/20, so boy do we wish we had taken all the money we will end up spending on this tractor and just buy a $12,000 machine up front!  [We did decide to repair the old machine; under the idea that it’s better to have a tractor that we know all the issues it has, than to introduce another unknown element into the farm equipment roster.]

We could say all sorts of seemingly positive things here, like “At least it happened at the end of the season, rather than in the spring,” and they would be true, but it doesn’t change a lousy situation.  That $5000–which equals our entire 2013 seed and potting soil budget, or two hoop houses for next spring, or two acres of hop rhizomes–is the hardest, most discouraging money we’ve had to spend yet.  It also means that we both need to work full time during this off season in order to make those payments and be in good shape financially for next season. 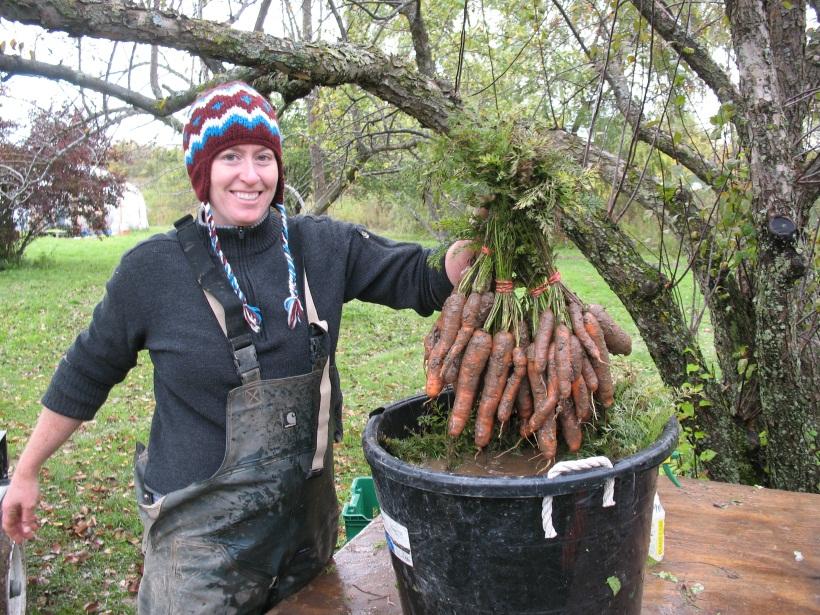 Most of our thinking and assessment over the past few months has been on the economics of this past season, since (if we give some leeway due to the drought) we were satisfied for the most part with where the produce was going.

The two areas that kept coming up as weak spots for our production were marketing/finance, and systems design.  We realized we weren’t doing great on the marketing front back in June, and on the systems front in July, but despite knowing we needed to make changes in these areas, we were so busy during the season just staying caught up, that we couldn’t find time to change things!  This was incredibly frustrating, knowing that we needed to change, but not being able to enact it.

On the marketing front, we need to recruit more members.  We played things super safe for our first year, especially after the drought started to impact things, and we ended up postponing fall and winter shares until next year because of this.  However, we had counted on that longer season to help us get through the winter financially, and we regretted being so conservative when we ended up having more produce than we could sell.  While this was frustrating, we are much happier to have played it safe and sold too few shares rather than commit to more shares than we could ultimately produce for.  We need to amp things up next year, but will still maintain a solid production buffer to guarantee nice CSA shares. 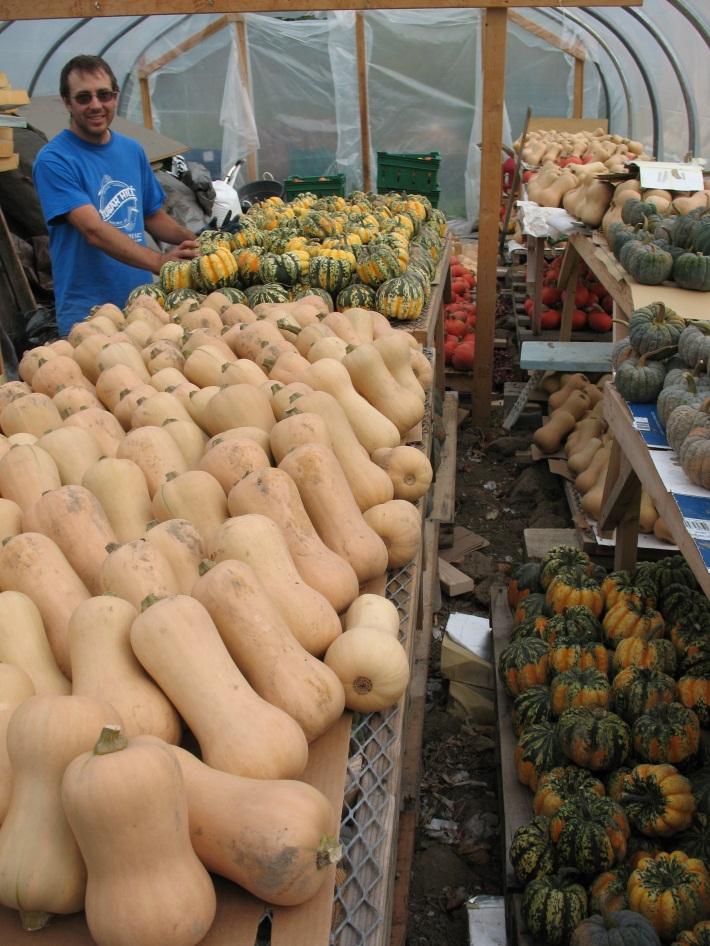 On the systems front, it was frustrating to be in an operation without good systems.  We had NO infrastructure.  In particular, we didn’t have the initial funds to build a real wash line before the season began, and during the season we didn’t have the labor hours to adapt what we had to make it work better.  Without good infrastructure (or at least “good” in terms of efficiency), harvesting and washing took a lot longer every week.  In retrospect, it would have been a better investment to give up a day up front (and maybe even skip a market) and get our setup together better.  We didn’t do this, and we paid for it twice a week at harvest—which started earlier and ended later due to our inefficiencies in the system.

Also on a systems front, it was frustrating how you can make a decision to save money up front, but then end up having so much more hassle as a result of that decision.  For example, we decided to go with bags for our CSA.  They were nice bags, but they were still soft and floppy.  They were torture to pack, stacked terribly, and were just a couple inches too wide to fit in our coolers.  They made loading the car a complete pain.  Starting in week two, we moaned about those darn bags.  At the end, we estimated that having bags rather than boxes doubled our packing time, cost us a whole WEEK’s extra labor, and exponentially increased CSA stress.  [Moral of the story:  NEVER use bags for your CSA share if you are pre-packing and then transporting them in your vehicle!]

Hopefully by next month, we will be on our way with a plan for retooling (and have a few of the biggest off-season projects under our belt)!