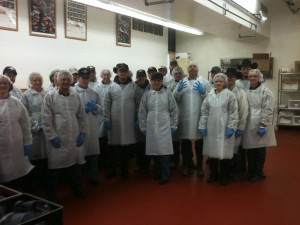 Ken Olson is the extension beef specialist at South Dakota State’s West River Agricultural Center. He came to South Dakota from Montana, where he grew up on a farm that ultimately wasn’t large enough to support both him and his brother. Though he teaches agricultural science for a living at SDSU, the highlight of his career has been his work developing an exciting rancher training program funded by the Beginning Farmers and Ranchers’ Development Program (BFRDP.) The program has allowed him to expand his reach to beginning ranchers with fledgling businesses who need more technical assistance and connections. The program, called BEEFSD, is a partnership between the SDSU extension and the South Dakota Farm Bureau. When the project received funding in 2010, 46 individuals representing 30 operations began a three year training program which includes classroom time, field trips to established ranches, guest speaker lectures, and networking opportunities. 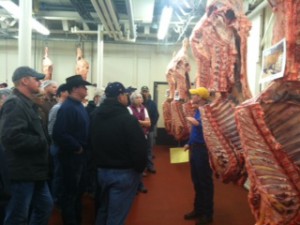 The most satisfying aspect of the program for Ken is the creation of a close community among the cohort. “It’s a bright young bunch of people,” Ken says. “We have helped them establish a network among themselves and we are really promoting networking and learning from each other.” The education they receive is exponentially increased, as each rancher is quick to share new knowledge with the others. Ken explains, “…the time on the bus is almost as valuable as the trip because of all that networking.” The program also introduces participants to mid to late-life successful ranchers who have a lot of wisdom and experience to draw from. Through visits to their ranches and guest lectures, participants are given an opportunity to create a support network of experienced mentors.

Ken and his colleagues would love to continue the program with a new cohort of beginning ranchers, but without BFRDP funding the future of the program is bleak. BEEFSD even has some money left over from their 2010 grant, but because BFRDP funding doesn’t roll over after three years, the team needs to start from scratch. For Ken, it’s essential the program and funding for farmer training programs continue. “It doesn’t seem like a lot of people. But it’s 46 people whose futures have been positively impacted. If we can keep this thing going we can build on what we’ve started here. These 46 people are young, excited and motivated. They are active learners, they really energize me. They are going to be the future leaders of South Dakota.”

If you would like to help programs like BEEFSD succeed in the future, please help advocate for the BFRDP in the next Farm Bill. If you haven’t yet signed the petition, click here to join the call!