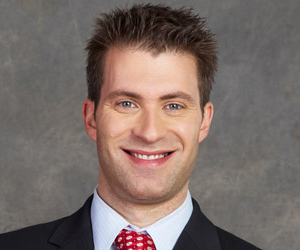 Adam is a human rights lawyer, social entrepreneur, and part-time farmer.  Adam currently works as the founder and executive director of the New Media Advocacy Project and a co-founder of Ticketyboo Farm, with his wife Anna.  Adam is a graduate of Amherst College (1998) and Harvard Law School (2004). After finishing law school, he served as a law clerk for the United States Court of Appeals for the Ninth Circuit, and then received a Skadden Fellowship to work as a litigator at the Lawyers’ Committee for Civil Rights Under Law. After his fellowship, he joined the law firm, Debevoise & Plimpton, as a litigation associate, where he worked for two years, after which he left to found N-Map. During his public interest law practice, Adam experimented with using video to support legal advocacy on behalf of low-income and vulnerable communities, and decided to launch a non-profit organization dedicated to this work.  He founded the organization – N-Map – in 2009, and received an Echoing Green Fellowship to support the start-up in the spring of 2009.

He also lives on Kinderhook Farm in Valatie, NY, where his wife, Anna, manages over 400 grass-fed sheep.  He also co-manages Ticketyboo Farm, a small laying operation, which produces eggs from pastured, heritage-breed hens, whose foraging on lush Hudson Valley grass is supplemented by local, organic grain.