Since last writing, we’ve had two of four weeks with “normal” rainfall—a .75” week and a 1.5” week!  What this means is that our plants are still alive and our pond, while continuing its steady decline, does still have water enough in it for irrigation.  These two rainfalls saved our pasture, which is a huge mental and financial relief.  With less than two months of markets and CSA distributions left in this season, we can finally breathe a little easier that at least some crops will hold out. 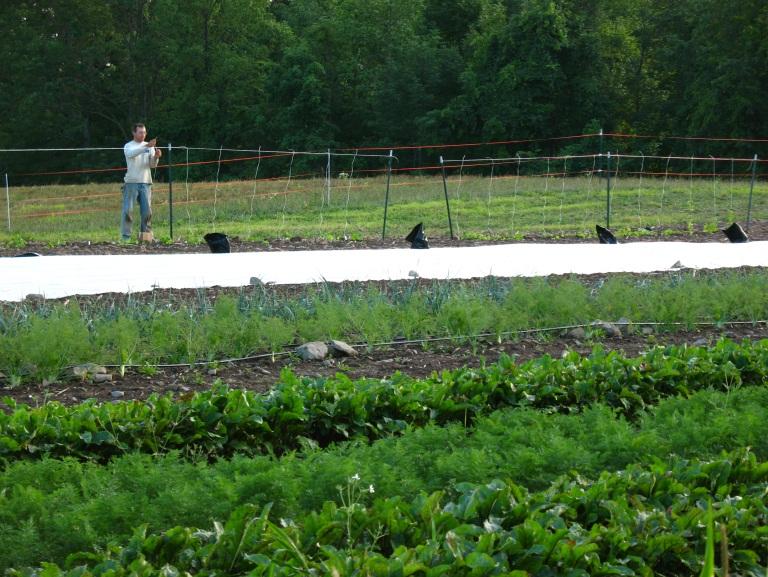 We had hoped by this time to have come to some conclusions on what our new land is like, but it has been hard this year to get a clear sense because of the drought.  Areas that we suspect of being too wet are bone dry, and areas we suspect might be excessively drained are like deserts.  Driving around the Adirondack foothills last week, we saw one enterprising gardener who moved their entire garden into the swamp by their house (which apparently hasn’t had water for more than three months, judging by their 8 foot tall tomatoes)!  As we edge our beds into the flat land that we vaguely think is marshy, we hope we aren’t overcommitting to an excessively wet spot.

We did come to some conclusions about ourselves, though, namely that we were simultaneously over-optimistic and over-pessimistic, over-committed, and possibly crazy.  We definitely took on too much in terms of acreage for two people on a new operation (we had four acres going).  In an ideal world, we could have done this, but not in a drought.  The added labor of irrigation took up 25% of every day, while the added costs of the drought meant one of us had to start working off farm midway through the season, which left us with closer to 1.2 people full time in the field working on non-irrigation projects. 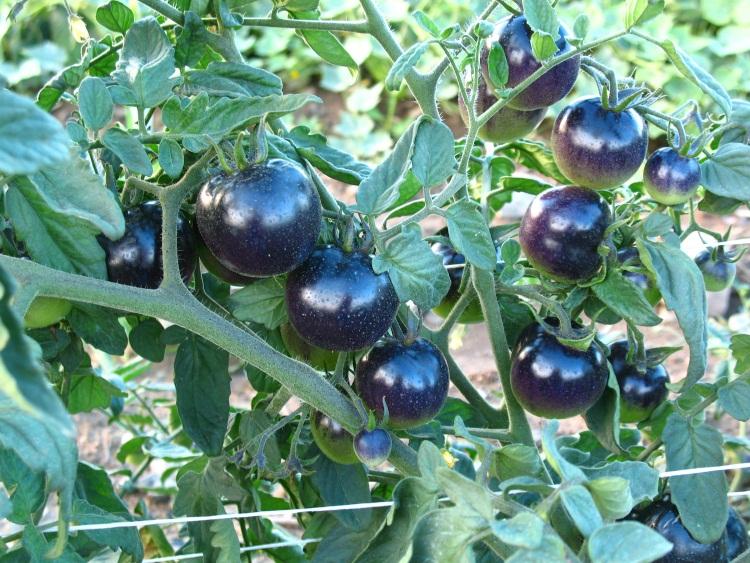 When you spend all day, every day, with your partner on the farm, there’s this rut that forms that leads to a lack of perspective.  For us as pessimists, it led us to just see the rocks and the weeds and the broken equipment and the wilted plants and all that gloomy stuff, which was making us go into a bit of a funk.  Fortunately, we had farmer friends show up, and they determined that we were just crazy for doing so much.  Our loss of perspective meant we weren’t seeing the big picture well enough to enjoy our successes—namely that as 1.2 people, we had planted and weeded (and are still harvesting) four acres of intensive vegetables, which actually look and taste really good.  We have crops like melons thriving in a climate that is marginal for them, and until the last month didn’t even have many weeds (confession:  drought is bad for the crops, but it’s really, really hard on weeds!).

We can draw at least a few field and plant conclusions so far this year.  First, our soil is pretty decent.  Neither of us grew in a limestone-based soil before, and this one was used pretty hard before our arrival, but overall crop quality is high, despite the drought.  As the largest fruit crops start straining the soil, we can see slight signs of phosphorus deficiency in purpling on the outer leaves, but overall, the phosphorus fertilizer we side-dressed with seems to have provided adequate nutrients for the growing season.  We had hoped to get a good round of cover crops in this summer to prep the fields better for next year, but weren’t able to get germination.  We are seeding winter cover crops over the next few weeks, and hope they will help at least a little to reduce next year’s fertilizer needs. 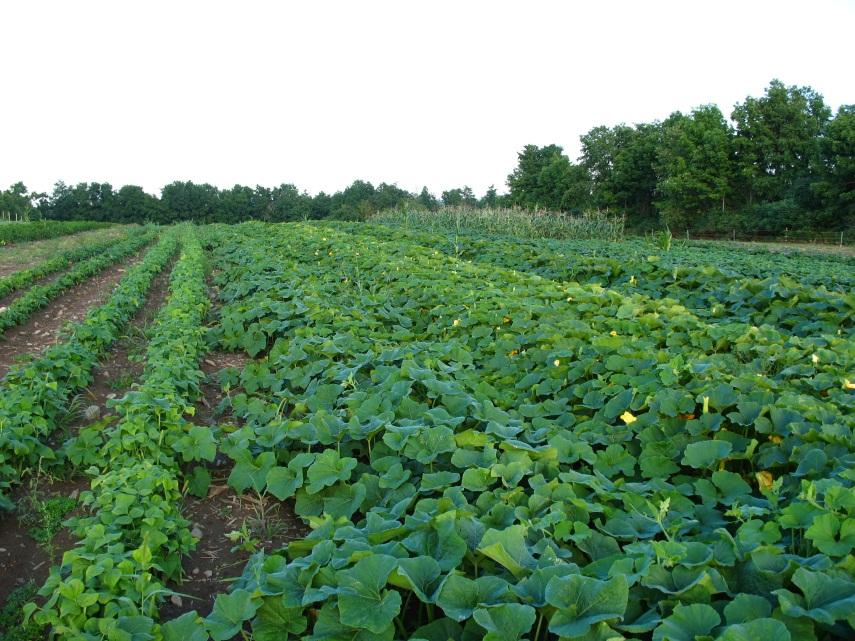 Disease pressure was low for the most part this year, but we aren’t sure if that’s a factor of the super dry weather, or that our site is high and well ventilated.  Powdery mildew arrived on time, but took a few weeks to move into the winter squash crops (thanks to prophylactic spraying), so we are hoping that an earlier planting next year will address that.  We had a late blight scare last week in the tomatoes, with several plants showing blight damage.  However, after pulling and bagging the infected plant parts, it seems that the copper/regalia (both organic) rotation is working so far, and no more blight was sighted (yet).

Pests, on the other hand, have been a challenge, with flea beetles destroying (or trying to destroy) everything.  Apparently corn flea beetles, when not provided with corn, also eat brassicas, onions, chard, purslane, basil, and nasturtiums.  Since this was a corn field, they were conveniently located everywhere, so even the row covers did not exclude them.  The cucumber and squash bugs are starting to establish, which will definitely be something we need to address in upcoming years, and cutworms are potentially a problem, especially in our greenhouse.  We did have a still unidentified pest that looks like a flea beetle on steroids (and jumps like one) that also seems to eat everything, but we can’t figure out how to control it yet, since we don’t know what it is!

So far, we think that our new site has a lot of potential over the long run.  There are definitely field challenges that we need to address that drought kept us from taking on this season.  We also need to regroup on what scale we can realistically take on, especially if we start incorporating animals into our operations next year.