When Kathia Duran, now the Executive Director of the Latino Farmers Cooperative of Louisiana, began selling her cheeses at farmers’ markets in the New Orleans area, she was one of only three Latino vendors. Although many of her fellow Latinos were also agriculturalists in the region,  they did not have opportunities to access the direct sales market. She recognized within the Latino community a great interest in getting involved in agricultural projects, but noted a lack of culturally appropriate programs and services reaching out to them. Her idea? To address both food access issues in the New Orleans area and the poor socioeconomic conditions of newly arriving Latinos with a single solution. In 2008, the Latino Farmers Cooperative of Louisiana (LFCL) was formed to provide training and access to resources so that Latino members could begin to grow healthy food and develop micro-horticulture enterprises.

The LFCL consists of 250 Latino farmer members who are active participants in the making of the organization. The cooperative caters to the needs of the Latino immigrant community, specifically those of permanent United States residents who either have experience in agriculture but no access to land, or have existing operations but are experiencing difficulties. Since the primary challenge for beginning Latino farmers is land access, the cooperative’s Farmer Incubator Program walks its farmers through the entire process, including representing the farmer to the real estate agency and the bank, filling out the loan application, and writing a business plan and budget. The LFCL also connects its beginning farmers with established farm mentors. Once in the program, participants are encouraged to come to the Cooperative for any resources he or she may need. “We are going to walk them through the entire year.” says director Kathia. 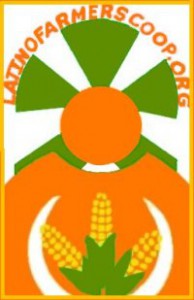 The majority of grant funding for agricultural projects in the United States is targeted to areas–such as the Northwest and Northeast–where programs are well established and consistent funding has supported the development of successful models. In Louisiana, the Latino Farmers Cooperative is the only game in town. As a pioneer project, the cooperative has benefited immensely from a development grant under the Beginning Farmer and Rancher Development Fund. Kathia says the organization is very unique in what it does, but cannot do it without funding. The grant money is used to initiate research and to develop the culturally appropriate curriculum. But since the grant is awarded over a three-year period ending in August 2012, Kathia is worried about funding for next year. Without a renewed grant from the USDA, “We pretty much have to stop until we find funding from another source. It’s very much needed.” She is grateful for the BFRDP and believes USDA funding should be channeled to areas and communities that have not been traditionally funded.