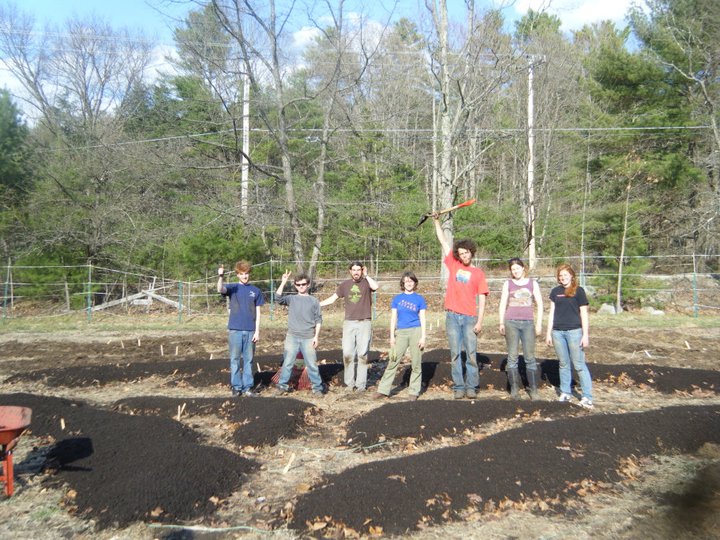 Last spring our farm manager, the venerable Julee Applegarth, was looking out over the top of one of our fields and musing out loud to a gathered crowd upon the fact that previously she was unable to get much to grow in the hard-packed soil there. She stamped her foot, I recall, illustrating the hard-packedness of this particular quarter-acre field. She said it would be planted with members of the brassica family but because of years of tilling followed by hard rains the topsoil would probably not yield much. She said with its scattered hay and dappling of punky weeds it was no place to foster the life of our much-loved and cared-for broccolis, kales, cabbages, and collards.

So after a few seconds of thought (I would say minutes but inspiration seems to come explosively quick to Julee) an idea came volcanically forth.  Julee spun around with both arms up in the air and shouted: “MANADALA!”

In his epic Permaculture, A Designer’s Manual, author and permaculture prince Bill Mollison talks about “Gangamma’s Mandala,” a polyculture garden built in a cyclical shape. The word itself first appears in early Buddhist and Hindu vocabularies as a mystical form suggestive of the cosmos and the different relationships established between the material and spiritual world. Influenced by the curves and spherical patterns used in Taiwanese and Philippines gardening, “mandala” is now permie-speak for any bed utilizing keyhole shape design, radiating circles, ovoid patterns, et al.

The mandala is powerful; I will probably write this more than once. Beyond it being an aesthetic improvement (who likes to gaze upon long straight lines of monoculture vegetables anyway?), the mandala allows for a very dense planting so crops that otherwise would be rows apart can abut one another. This neighborly association confuses pests (no more straight line buffet), allows for easy companion planting, and makes harvesting much easier.

The mandala decreases the amount of pathway you need in the garden and therefore increases production. The mandala cannot be tilled, so the soil will always be increasing in ecological diversity and strength. Because they are usually designed in a raised bed fashion the mandala helps to decrease water waste and runoff as it channels rain to the base of each bed. Finally, the mandala helps us focus on all of the plants and not just the weeds on the north or south side or the bugs invading one crop here or another there.

Armed with all of this knowledge we set to planning and designing our own raised bed mandala to reinvigorate the failing field. With some luck we were able to make a connection with the Portland Permaculture Meetup group and get the project off the ground. They showed up on a balmy day with a trailer full of rotten seaweed like some sort of deranged/victorious patriots of decomposition. 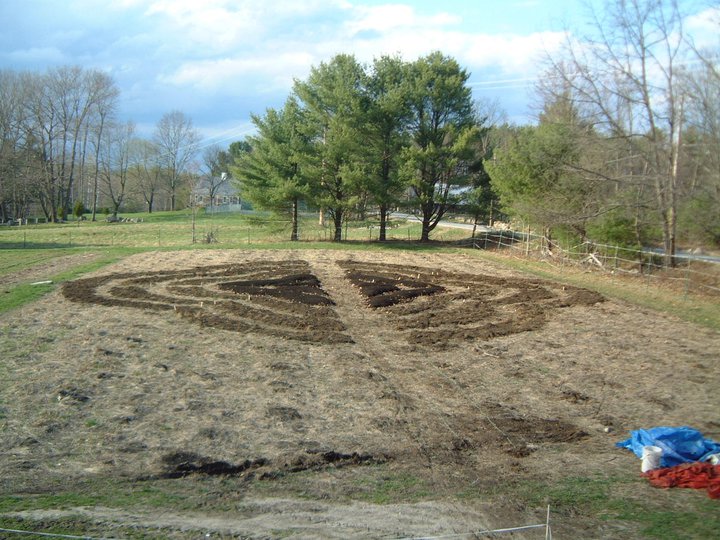 In a week the mandala was planted with every kale we could pack in it along with some nasturtiums, collards, and an outer ring of cabbage. Bam.
And how did it do you might ask? Well, my friend, you should probably just come and check it out. But bring your sunglasses because this thing is radiant and strong, beautiful and supercharged, healthy and evocative, lush and powerful, triumphant and righteous and the vegetables we are pulled out of it are Beethoven’s-fifth Jurassic-era mega flora. 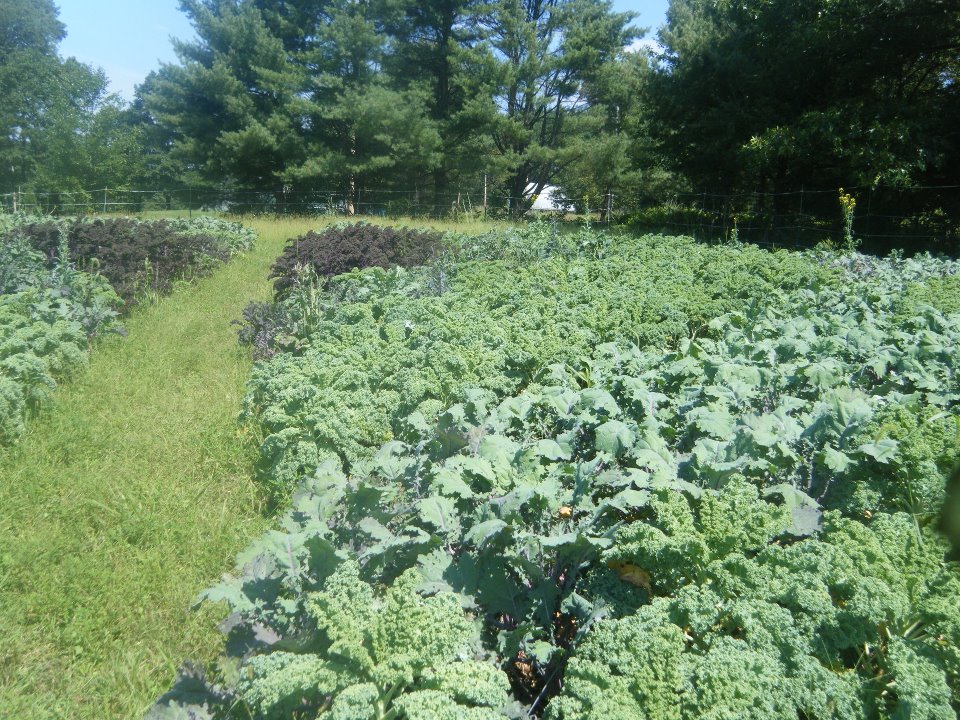 Fast forward to this year. The mandala is now expanded so that if you were to look at it from a helicopter you would see a radiant sun with jagged rays formed by new beds. We have packed the beds full of nightshades – Jimmy Nardello peppers, Ruby Gold tomatoes, Green Apple eggplant, and a ton of other funky stuff (and some old standbys). We are seeking out a Natural Resources Conservation Services (NRCS) grant that would allow us to also build a pollinator border along the field-edge by the mandala – these folks have helped us in the past with the construction of a massive three-bay composting facility.

So thanks for reading, I hope my story gives you some ideas as to how you can layer it up and grow healthier foods using permaculture teachings. Stay tuned and increase the peace.