I’m from farm country. Well, sort of. I grew up outside of Omaha, Nebraska in a little town called Elkhorn. We had a big yellow house with two towering maples out front, an old barn, and a couple acres of land. Don’t get me wrong, we weren’t farmers—although my parents showed me at a very early age the importance of growing my own food. Every year I planted pumpkins with names like “Big Max,” “Atlantic Giant,” and “King Jack,” and always hoped come fall I might end up like James and the Giant Peach. Like pretty much any kid who is exposed to the idea that you can transform garbage into food or a tiny seed into an enormous and delicious object I understood that growing food is essential.

What’s startling is that most kids never have the opportunity to grow something of their own. And it wasn’t until I traveled nearly 12,000 miles across the country and visited more than eighty urban farmers for my film Growing Cities that I realized this. The film follows my friend Andrew and me as we visit the folks who are challenging the way this country grows and distributes its food one vacant city lot and backyard chicken coop at a time. The film focuses on what we can all do to engage more deeply with growing food in our communities—whether that means planting your first seed or starting a flock of urban chickens, these agricultural acts are all of vital importance and the first step in rethinking the role of city dwellers in our society. Traditionally, we think of urban people as consumers and rural folks as producers. Given that we’re running out of land to ‘go back to’ we need to turn that notion on its head. And we want our film to do just that. 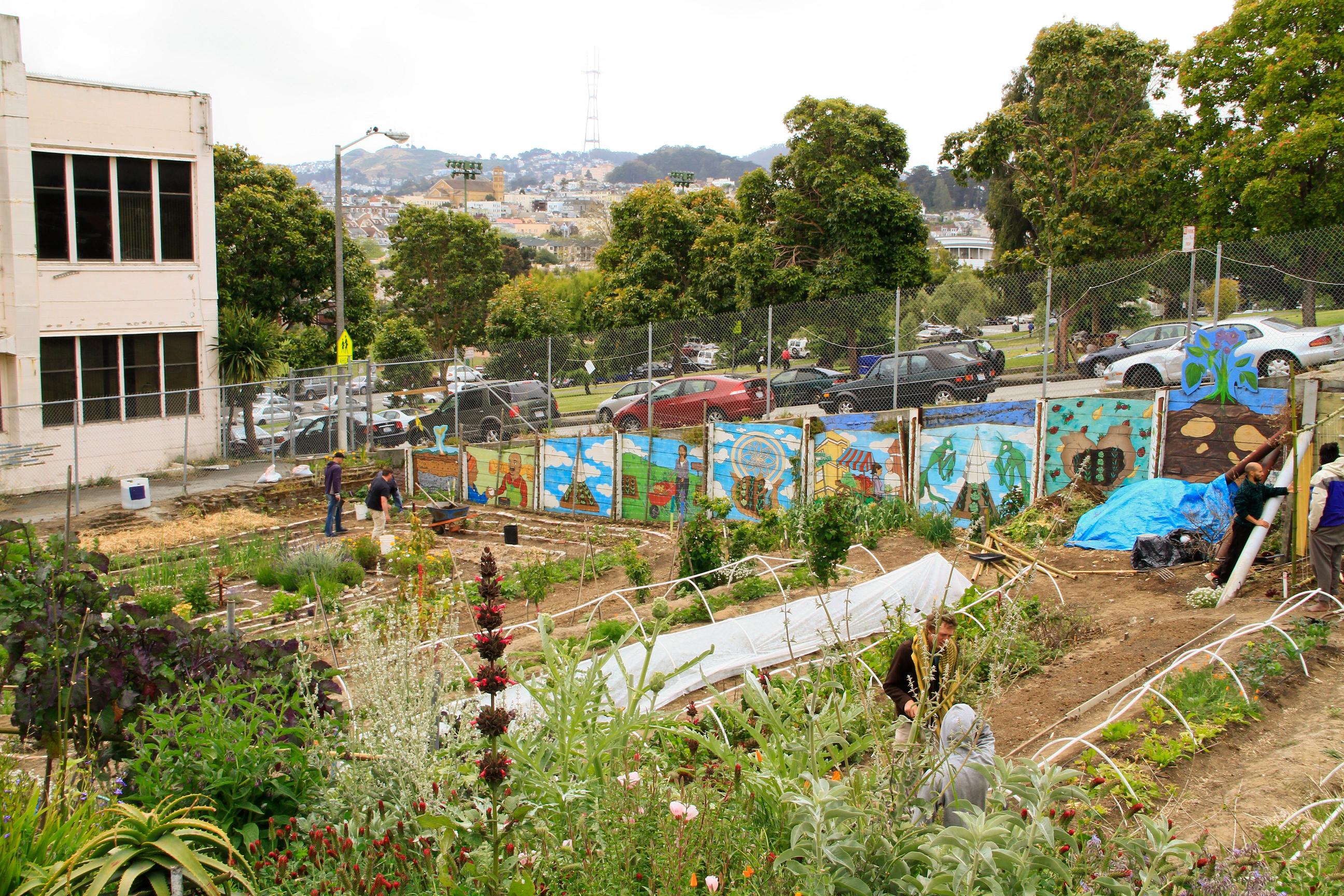 On our journey we found that whether it’s due to lack of access to green space or parents who just aren’t gardeners, more and more kids are growing up never having picked an apple fresh from a tree or plucked a carrot from the dirt.

Since nearly 80% of our population is urban, it’s vitally important that we involve city kids in growing food and show them it is a meaningful, enjoyable, and delicious endeavor. Not only that, but think of the vast untapped potential urban youth represent in terms of potential farmers. Has anyone ever heard about a dearth of Wall Street bankers? Or the lack of insurance salesmen? No, I didn’t think so. It’s farmers. We need farmers. And millions of them. However, if a kid isn’t exposed to growing food at early age, they are a lot less likely to be invested in local food systems, much less think of farming as a career.

What I’m getting at is that we have a real opportunity right now. The economy is in the pits. People need jobs. Demand for local and sustainable foods is at an all-time high. The time is right for an urban farming revolution. I’m not suggesting we can train the whole next generation of farmers in the city, but we can certainly plant a seed. And at the very least we can educate a generation of eaters to understand how food gets to the table. I’m encouraged by all the young urban farmers we’ve met in our travels. From Detroit to NYC to Omaha, these young people aren’t going back to the land, but instead bringing the land to them. It’s critical we engage more of these youth. And the best way to reach them is early, where most of them live, in cities.

Dan & his filmmaking partner Andrew are currently knee-deep in running a Kickstarter campaign and need to raise $20,000 in the next 17 days to finish their film. Watch their trailer below (and you can make a pledge here). You can also join them on their website, facebook, or by signing-up for their mailing list.