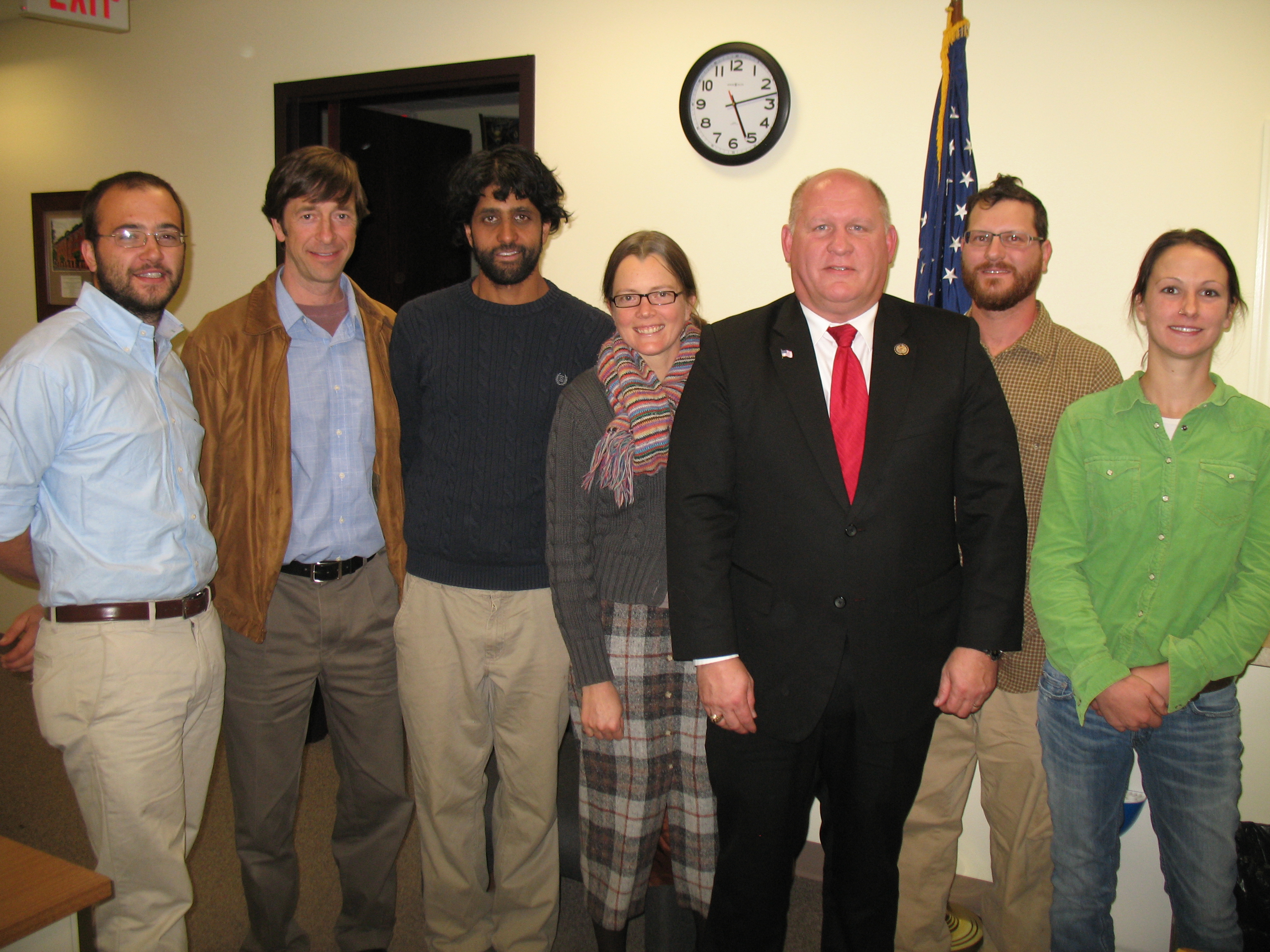 On Veterans’ Day, I had the privilege to join a small but excited group of young farmers in the State College, PA area to meet with Congressman Glenn Thompson (PA’s 5th district) to advocate for the Beginning Farmer and Rancher Opportunity Act. Our group included five State College area farmers representing three farms. Erin McKinney and Steve Spanelli were there from Community Harvest, the 10-acre organic CSA operation of Tait’s Farm in Centre Hall where we met before heading over to the meeting. Mark Maloney and Sunil Patel came from Greenmore Gardens – an organic CSA farm in its fifth year of operation in State College, PA. Lastly, Bethany Spicher Schonberg represented Plowshare Produce, the organic CSA operation she co-runs on her parent’s farmland in McAlevy’s Fort. We had organized the meeting to coincide with a number of other legislative visits happening over the course of the fall to discuss the BFROA and, in general, make sure that elected politicians are doing everything they can for young farmers as they put together the new US Farm Bill.

Being a member of the House Agriculture committee, Congressman Thompson was already very well versed with the provisions of the BFROA, so after introducing ourselves, we got right into it and each spoke to various parts of the bill that we felt are important and specifically relevant. That included such provisions as the FSA loan eligibility requirements, EQIP funding, and Beginning Farmer and Rancher Development Program, among other things. Since Pennsylvania has received a number of grants through the BFRDP, we felt that that program in particular would for certain have his support.

The Congressman was extremely receptive, and happy to hear our concerns. Being from an agricultural background himself, it was easy to connect on a personal level. He assured us that he is strongly supportive of many of the aspects of the bill, while being wary of the negative effects of some of the conservation initiatives’ impacting usable farmland. We also had the opportunity to discuss some issues particular to the area, and he welcomed specific questions about how to best apply for grant programs that exist in the current bill. Overall, he was excited to hear how the Beginning Farmer and Rancher provisions of the 2008 Farm Bill were useful for young farmers, and hopefully will take that into account as the Farm Bill writing process moves forward!